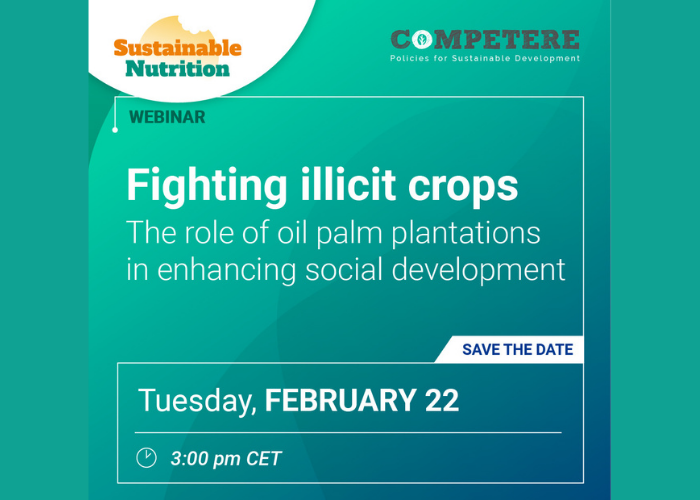 On February 22nd, Competere hosted a panel to discuss how oil palm plantations have helped improving social and economic conditions in areas previously affected by cocaine cultivations and narcotraffic. The roundtable included include first-hand perspectives from Colombian farmers. Over the course of the conference, several messages emerged: 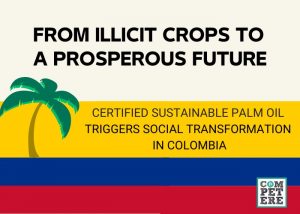 The roundtable reported by the media

Read what FoodNavigator says about the roundtable. 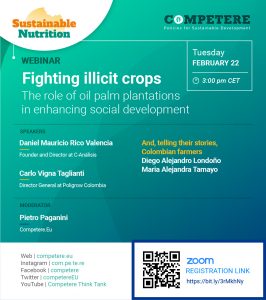 Carlo Vigna Taglianti has more than 10 years of experience in the agro-industrial sectors and more than 20 years in the sector of renewable energy. He previously worked in different roles at Asja Ambiente Italia S.p.A. including Technical Director, International Business Director and member of the Board. During his career he worked in Italy, Argentina, Brazil and, since 2009, Colombia. He holds a degree from the IAE Business School, Universidad Austral de Buenos Aires – Argentina.

Diego Alejandro Londoño has been part of Poligrow for about 12 years. He spent his childhoood in the Inspectorate of Mapiripán, surrounded by cocaine production, groups of people living outside the law, where child recruitment and assassinations were not uncommon. He was given the chance to study technology and he first came to Poligrow as an apprentice. Through the years he profesionally, he is now a supervisor and is reaching the culmination of his career.

Maria Alejandra Tamayo has been part of Poligrow for about 12 years. She also spent her childhoood in the Inspectorate of Mapiripán, where economy depended on cocaine production, in a time of violence and gang wars, during which she endured displacement and the killing of her relatives. She arrived in Mapiripán’s city centre where she started working with Poligrow, transforming her life thanks to a formal work contract and living a dignified life.