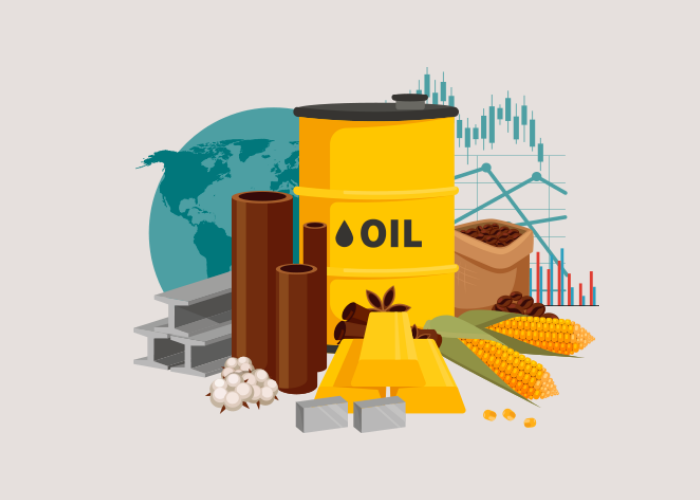 The increase in raw material prices that began in early 2021 has repercussions on the immediate and short term, but what could be impacted even more heavily are the environmental and climate policies that Europe has set for itself.

The shorter horizon is by now a regularly debated topic. After the Covid-19 crisis, ever more expensive steel, aluminum and copper have acted as roadblocks on the path to recovery. The same is happening for the agricultural raw materials that have also been object of a price increase, despite this trend not making news. We have been dealing with an issue that is both industrial, as it pertains to the ever more complex supply availability, and financial in nature. The combination of increasing costs, inflation and long payment periods by clients risks to pose a challenge for many of the recovery measures adopted by companies so far.

Supply scarcity leads us to the question at the core of longer-term issues: is a plan as ambitious as “Fit for 55” feasible when an industry like that of Europe that relies (almost) exclusively on processing finds itself short on raw materials? The same raw materials that should be subjected to fiscal restrictions with the goal of limiting unsustainable, or uncertified, imports.

COMMODITIES THROUGH HISTORY, IN BRIEF

Sustainability is expensive. That much is known. It requires investing in innovative projects, and undertaking collateral efforts in culture, legislation, processes and products all along the transformation pathway. But if it all comes to a halt due to a “lack of flour”, then A) there can be no bread made; and B) it risks upsetting political recrudescence. In keep with Manzoni’s rhetoric: the assault on the bakery – symbol of reactionary populism ante litteram – is born precisely out of the increase in flour prices (raw material) and of the scarcity of bread (basic good).

Historically, Europe built its trade and industrial prominence on commodities. Spices enriched the maritime republics. Spain and Portugal gained an empire thanks to silver. Then it was coffee’s turn, along with cocoa – whose beans were traded as coins by the Aztecs and the Mayas – tobacco, and other materials partly or completely absent on European soil, to make the Netherlands, the United Kingdom and France rich and powerful. We then arrive to opium and oil, cornerstone of colonialism in the nineteenth and twentieth century respectively.

Would the first and second industrial revolutions have occurred without such resources?

In an ever more fluid and immaterial economy, commodities have undergone a depreciation. A moral depreciation, rather than an economic one. Today the primary sector is object of suspicion, often criticized for historical injustices it cannot shake off of its image. That’s the case for agricultural goods too, be they primary or semifinished. Palm oil, cocoa, soy, rubber, paper. These are the products accused to be the prime drivers of deforestation, biodiversity destruction, and exploitation of local societies. Not to mention minerals. We are all familiar with oil’s original sin. Extractive products are considered akin to war criminals. The only raw material left untouched are digital data. But they might not be spared for much longer either. The information stored on my PC doesn’t have as large a footprint as my neighbor’s SUV. But the hosting server is as barely sustainable as any one factory.

There is no economy without raw materials. And raw materials are just as essential in the attempt to revolutionize an ecosystem like the European one, trying to launch a sustainability plan that mortgages today’s industry for the sake of tomorrow’s generations.

Is Europe ready? All modesty aside, the question is one for the ages. The battle against plastic – partly won by the latter thanks to the pandemic – has taught us that institutions often try to push on the accelerator, while reality acts as a brake. Today’s scrutiny is on emissions, as a result of the use of essential raw materials in the manufacturing industry: its representatives have already stated that the European Commission’s plans should be revised. In the meantime, a quiet boycott of materials that are key for the entire European agri-food system is under way. The problem is that we are giving up on commodities that have led us here from the times of Marco Polo. Do we have a Plan B? And if we do, does it require resorting to other raw materials or to the usage of the traditional ones provided they are certified sustainable? Indeed, those are already available. But they are much more expensive. Especially now that suppliers, after speculating on post-Covid recovery, will sniff out the business opportunity presented by “Fit for 55.”

Materials’ high prices are also due to the limited adoption of sustainability certifications among and along supply chains. And, as is the case for all economies of scale, if good practices were adopted by multiple production units, they would be more accessible (and more effective) on the market. Speaking of the price of sustainability

BELLS IN EXCHANGE OF GOLD

This is has happened before, but the other way around. When Columbus arrived in San Salvador, he distributed bells and mirrors to the local population in exchange for their gold. Although it remains true that one can play geopolitics with commodities, today we risk going in the opposite direction. Poor as we are of raw materials, there are those who are willing to sell them to us at exorbitant prices and not even on par with our standards. Meaning, unsustainable. Certifications are a valid countermeasure in this respect but they do not increase the availability of supply on the market, nor are they adopted on a large enough scale or by a sufficient number of supply chains. Palm oil, cocoa, rubber, paper, aluminum serve as instances of best practice. Other sectors lag far behind. With “Fit for 55”, Europe designated 2030 as the deadline to reach the objectives outlined by the Green Deal. Carbon neutrality, or the reduction of greenhouse gas emissions by 55% compared to 1990 levels, is set for 2050. Will we make it?