Inflation and sustainability: burdens on the shoulders of the ‘new poor’BY BENEDETTA ANNICCHIARICO 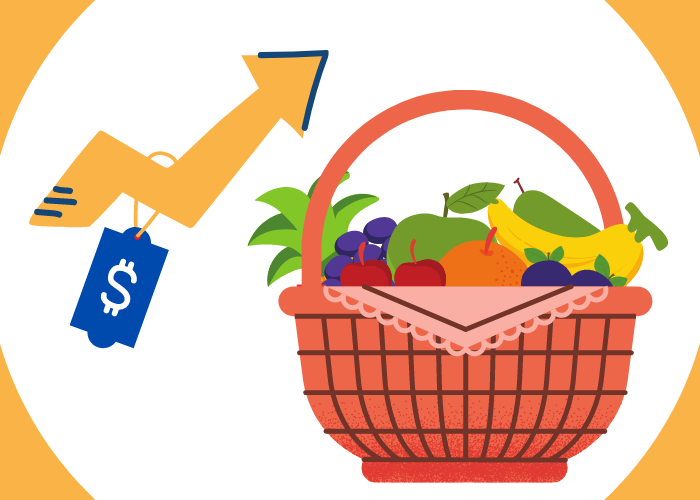 The commodity price increase, for months now object of debate and analysis, has not spared the food sector, exacerbating existing inequalities in access to nutritious and sustainable diets between richer and poorer sectors of society.

THE TRUE FACE OF INFLATION

Between harsh climatic conditions and bottlenecks along productive and logistics chains, the global price of food has spiked, with an increase of 33% over the last year. To find a time when prices were that high we would have to go back to 1975, two years after the energy crisis that put an end to twenty years of economic boom. But, unlike then, today there are no photographs of picknicks in the middle of a deserted highway to drive home the meaning of price increase of this sort. The consequences of the current spike remain under-dected. After all, the increase in Europe has so far been limited to a modest 2%, and the shelves of our supermarkets remain over-stocked.

However, these months’ inflation is worsening a phenomenon that was already well under way, whereby the cost of the healthiest foods have been increasing at a much faster rate than any other: the price of fruits and vegetables has been increasing since 1990, while in 2010 the price of frozen and processed food was 20% cheaper than twenty years prior. This is enough to make the not-so-bold statement that eating healthily and sustainably is becoming a prerogative of the wealthier. A resident of West Virginia, one of the poorest states of the USA, will be much more likely to spend their savings on fast foods than a citizen of California, who on the other hand could probably afford a vegan restaurant. Unsurprisingly the former, short on disposable income as well as of a strong immune system, is almost twice as likely to be obese which in turn would mean have fewer chances to survive a Covid infection.

Those millions of people suffering from obesity in North America and Europe speak to destitution and malnutrition as much as wasting children, a fixture of collective imagination when hunger is mentioned. Indeed, poverty is not quite defeated. Rather, it is evolving from an essentially rural and phenomenon to an urban one that may be less explicit but just as dramatic. The Food and Agriculture Organization estimates that today there are 3 billion people without access to a healthy diet, with 32% of the world’s 5 year-olds suffering from malnutrition, meaning they do not receive adequate quantities of all the most important nutrients for their health and development.

The spike in the price of commodities and foodstuffs has highlighted the issue of malnutrition and, consequently, of a chain of inequalities rooted in an unequal distribution of resources and often overlooked in the rush toward the ecological transition. Asking to stop eating meat to those who cannot even afford it in the first place, or to substitute it with products that pollute less but cost triple, brings to mind certain crowned heads that recommended eating brioche when short on bread.

A truly sustainable nutrition must be democratic and it cannot afford to leave anyone behind. Quite the opposite: sustainability policies, cornerstone of the European project in the coming decades, should adopt a gradual and careful approach so as not to place the burden of the green transition on the shoulders of the most fragile members of society. Instead, they should be a tool in closing the food and health gap among different areas of the world as well as within Western societies.