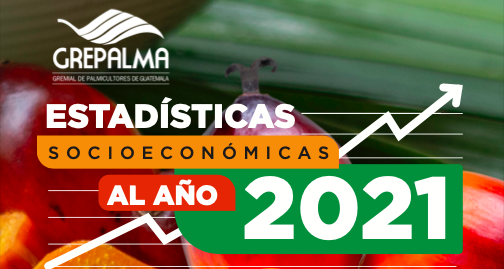 The 2021 report by Gremial de Palmicultores de Guatemala (GREPALMA), confirms the country’s leading position as Latin America’s top sustainable palm oil producer together with Colombia. The growing industry represents an opportunity for green socio-economic development and an important link between Guatemala and the European Union.

>> READ THE INFOGRAPHIC BY GREPALMA <<

Indonesia, Malaysia and Thailand have long been the main producers and exporters of palm oil in the world – together they represent 87% of global production – as well as the global leaders in sustainable production and voluntary certification schemes. In recent years, their success has been emulated by other longitudes with similar tropical or equatorial climates that are increasingly tapping into their fertile soil to cultivate oil palms and export their product.

In Latin America, Colombia has so far been the biggest player, with half a million hectares of oil palm plantations, accounting for 2% of the world’s share. Ecuador follows with about half the size of cultivated area. Brazil, Honduras, and Guatemala close the top 5 with over 180,000 hectares each.

Within Guatemala, a relatively small country, oil palms occupy 1.66% of the national territory, the fourth agricultural commodity after corn, coffee, and sugar cane, but before the historically significant cultivation of bananas. Thanks to Guatemala’s exceptionally high productivity rates, the country places 6th worldwide in terms of total palm oil output, after the three Asian tigers, Colombia, and Nigeria. 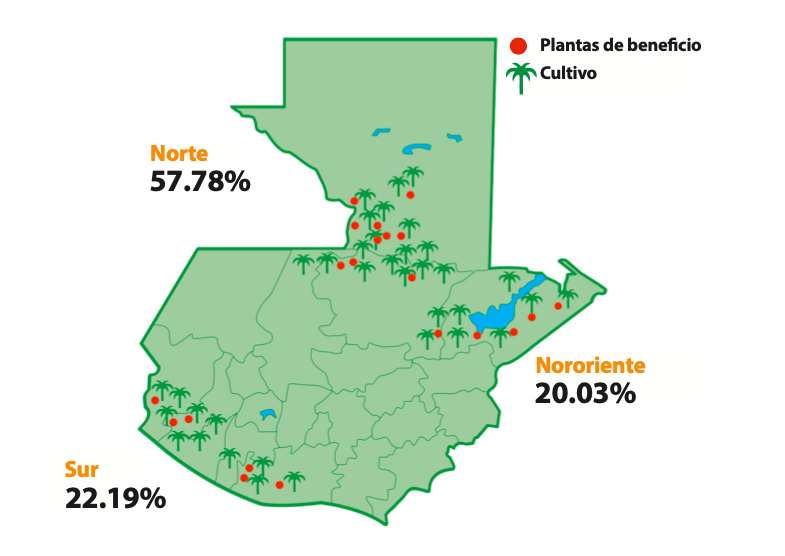 Between 2015 and 2021, Guatemalan palm oil production almost doubled, from 510 thousands of tonnes to 941. With it, the country’s share of exports also grew, making in the third largest exporter in 2021. Indeed, palm oil is the primary product concerned by the Association Agreement between Central America and the European Union, accounting for over a third of the treaty’s trade flows. In particular, exports to Italy have increased rapidly in the last few years. Competere has calculated a 2000% increase in Guatemalan oil imports between 2017 and 2021 (Source: Eurostat). According to Grepalma, Italy now accounts for over 20% of Guatemalan exports, up from a mere 1% in 2017. 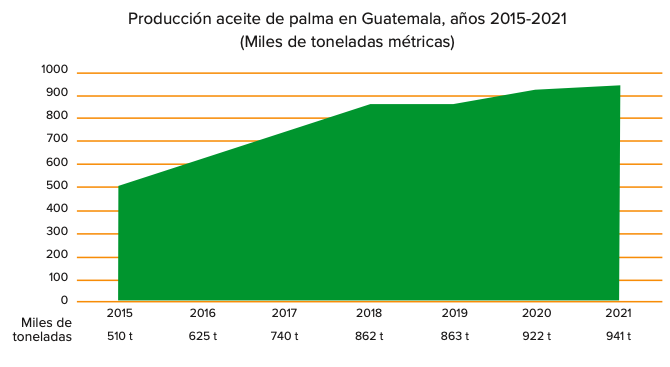 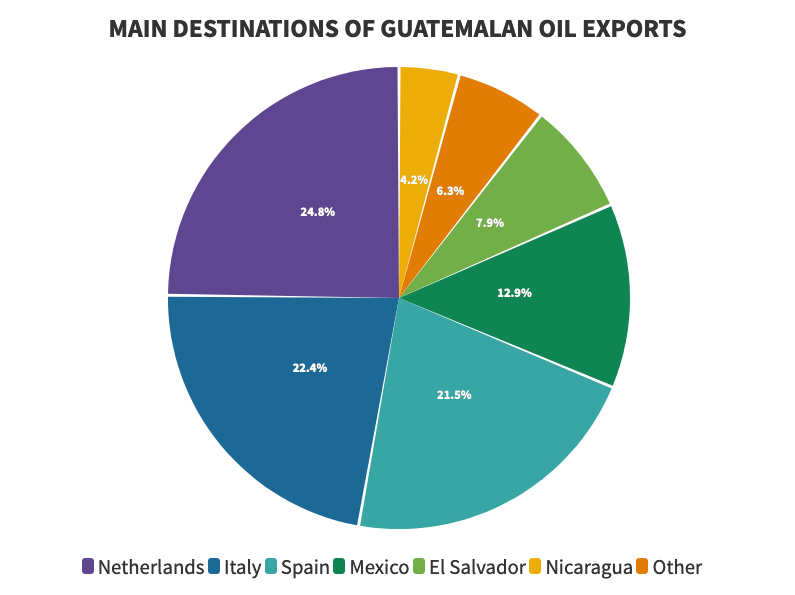 Such high volumes of production and trade have clear advantages: in 2021, with an 51% increase compared to the previous year, revenues amounted to US$715,459,322. That means 1.98% of Guatemala’s GDP, and the creation of 180,000 jobs each year. At a local level, the impact is even more strongly felt: in the northern region of Petén, the palm oil sector originates 30% of the regional GDP.

For a country where almost half of the population lives below the poverty line, and where 52% of all palm oil producers are independent, smallholding famers, the industry represents a huge opportunity for development.

…AND DOING IT RIGHT

The Guatemalan palm oil sector has been able to grow sustainably. As of last year, it is the number one country in Latin America in terms of volume of sustainable certified palm oil, which represents 60% of the total produced. 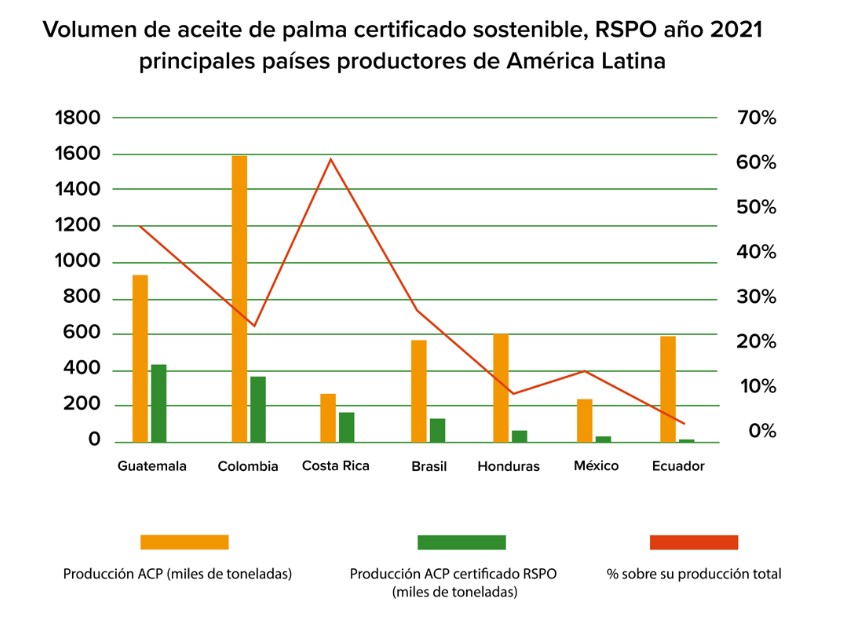 Already in 2019, in the midst of the sector’s rapid growth, GREPALMA promoted the Voluntary Agreement for Zero Deforestation, pledging a commitment to sustainable development and to the preservation and restoration of nature.

A promise that did not go unfulfilled: while palm oil had historically been responsible for about 0.67% of deforestation of Guatemala – an already low figure –, no deforestation linked to the sector was detected in 2021 by Satelligence, a Netherlands-based company operating in the country since 2020.

>> READ THE FULL REPORT BY GREPALMA <<