A sustainable friend in troubling times. Can we trust the palm oil supply chain?LIVE ROUNDTABLE 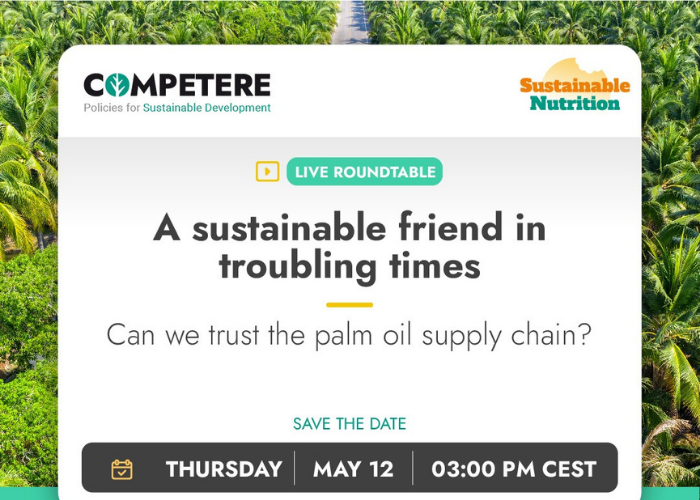 A sustainable friend in troubling times
Can we trust the palm oil supply chain?

On May 12th, Competere hosted a smart brevity roundtable to demonstrate that palm oil can be the solution to the shortage of many raw materials, including sunflower oil in the wake of the Russian-Ukrainian conflict. An excellent panel will demonstrate not only that there is enough palm oil entering Europe to fill the void of alternative oils, but it is also sustainable, healthy and traceable. 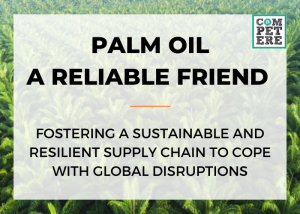 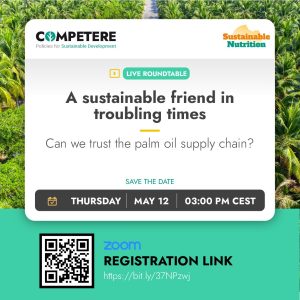 Fadhil Hasan is the Head of Foreign Affairs Compartment of Indonesian Palm Oil Association / GAPKI. Previously he was the Executive Director of GAPKI (2009-2017). Currently, Dr. Fadhil Hasan is the Director of Corporate Affairs of PT Asian Agri. In the past years, he held various positions among other as Director of the Institute for Development of Economics and Finance (INDEF), Director of Standardization and Smallholder Development of Council of Palm Oil Producing Countries (CPOPC), Member of National Committee for Economy and Industry (KEIN), and Chairman of Supervisory Board of Central Bank. Dr. Fadhil Hasan graduated from Bogor Agricultural University, and earned Master of Science from Iowa State University, USA and Ph.D from University of Kentucky, USA majoring in Agricultural Economics.

José Roberto Montenegro is currently the President of the Palm Oil Division at AgroAmerica, a leading and world-class family-owned company that produces, manufactures, and distributes sustainable value-added vegetable oils and fats. He graduated with a BSc in agriculture and an MBA (specializing in finance and natural resource management). He has ample experience in agribusiness banking, working in crop production and estate administration. Over the past five years, Jose Roberto has been a member of the Board of Directors of RSPO, representing growers from the Rest of the World (ROW), and Co-Chairman of the Consultative Group for Latin America (CGLA).

Mohammad Hafezh bin Abdul Rahman has been involved in the palm oil industry for the past 15 years especially in marketing, market development and market analysis. He has brought over his expertise in market strategy and industry engagements to the Malaysian Palm Oil Certification Council (MPOCC) to link and proves to all stakeholders that Malaysian palm oil is indeed sustainable. With an aspiration to get MSPO recognized in the global market, Mr Hafezh has believed in strengthening the MSPO standards through continuous improvements, constant communications to various stakeholders and direct engagement with local and foreign companies.

Ximena Mahecha-Anzola is an economist from National University of Colombia with a Master in Project Management from EAN University. She has vast experience in agroindustry with focus on sectoral policies and sustainable development projects. From 2001 to 2011, she conducted several initiatives for the Colombian Pork Producers Association as Economic Director and Vice-president. For the past ten years, she has worked for the National Federation of Oil Palm Growers of Colombia, Fedepalma, and led the Sustainable Colombian Palm Oil Program and the development of the national strategy to position Colombia as a sustainable sourcing origin.  She has been recently designated as Executive Director of the Sustainable Colombian Palm Oil Corporation, APSColombia.