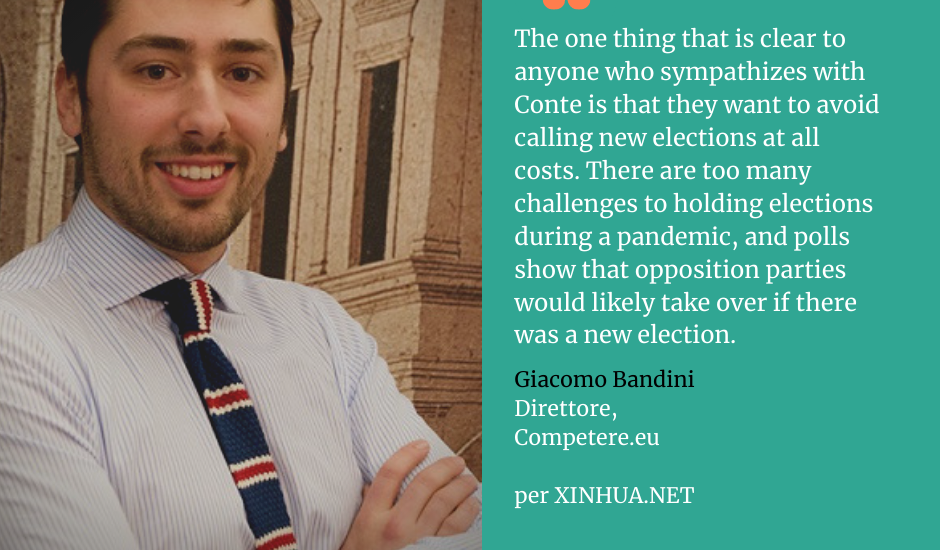 Italian Prime Minister Giuseppe Conte survived two narrow confidence votes this week that could have forced him to resign. Now the hard part begins, according to analysts.

Struggling to contain the coronavirus pandemic and pep up the country’s slow-growing economy, Conte’s government last week faced a near-lethal blow when former Prime Minister Matteo Renzi pulled out. That left the government with less than a majority in the 321-seat Senate.

Late Tuesday, Conte’s allies were able to cobble together enough support to keep the government from collapsing. But his majority will be smaller and less secure than it had been.

Giacomo Bandini, director general of Competere, a think tank, said Conte’s government will likely have to stay away from potentially polarizing policy initiatives since he cannot afford to lose allies and in many cases, he might need to persuade some opposition lawmakers to support his cause.

“The one thing that is clear to anyone who sympathizes with Conte is that they want to avoid calling new elections at all costs,” Bandini said in an interview with Xinhua. “There are too many challenges to holding elections during a pandemic, and polls show that opposition parties would likely take over if there was a new election.”

Other challenges facing the government: the debate on how to most effectively spend the 222 billion euros (269 billion U.S. dollars) in grants and low-interest loans that make up the European Union recovery fund, and Italy’s role as the head of the Group of Twenty (G20) this year.

Still, despite the potential pitfalls it faces, the Conte government’s survival of the risky confidence vote was welcomed across Europe and also by investors, who sent the broad blue-chip index on the Italian Stock Exchange in Milan nearly 1-percent higher in heavy trading on an otherwise uneven day for European markets