FROM SOCIAL ANIMAL TO DIGITAL ISOLATION. A DISCUSSION ABOUT CURRENT AND FUTURE GENERATION – LIVE TALK

The online debate From social animal to digital isolation, was organizzated in the broader context of the Free Market Road Show 2021.

The debate was a chance to investigate the pandemic consequences on young generations. Recent data shows an increase in mental health pathologies and a dramatic deterioration of psychological wellbeing following the lockdown, remote learning and pandemic related stress. Western youth pays the highest price of the social distance and the lockdown. The massive use of technologies have represented an unprecedented opportunity to remain socially connected and share knowledge; likewise it has threatened young people mental wellbeing.

A key note will be delivered by Calum T M Nicholson, PhD at Swansea University, MPhil and Researcher at Cambridge University. “One of the byopruducts of the rising toxicity of social media and by extension the public sphere in the west has in my view being the sudden and frankly quite weird politicization and indeed weaponization of the languge and lexicon of mental health”, said Calum. “I think this happened in two different ways: first to struggle with the one’s mental health is no longer understood only as spectrum of human suffering. It’s now also seen and comunicated by many as an identity in and of itself or even something positive. Greta Thumberg famously called being autistic her superpower”, continued Calum. “It is not simply that someone may struggle with adhd or depression or autism. Many now define themselves by their diagnosis. Mental health has become like so many other aspects of our lives something performative and as a consequence the labels and categories of mental health have gained a certain utility and currency in the culture. thus we see people speaking as someone with autism or adhd or depression and so on”, concluded Calum.

Joined in the debate also Cinzia Niolu, Associate Professor of psychiatry at the Tor Vergata University of Rome. In her opinion “the diagnosis of psichopathy which is something very specific in our diagnostic system and which is something having to do also with antisocial personality and usually some kind of behavior it brings jail or to bring some criminality”. “We have one point between the end of childhood and the beginning of early adolescence which is called at the times different times or window of vulnerability or window of oportunity: the two can go together also. Time is everything in our profession. Time is everything in our mental health”, said Niolu.

According to Pietro Paganini, from Temple University of Philadelphia, the third panelist of the debate, “the digital world is going through an incredible or what we think is an incredible revolution”. “If I look my students, they have a digital way of thinking and they have a very different way of relating to eachother. So we probably need some data in terms of when we talk about psichopath and when we talk about sympathy and empathy”, said Paganini. “How many are the people on this planet that are facing or experciecing empathy? Becuse I see also a lot of people that they have sympathy but if we look at simpathy, what kind od simpathy and compassion are we talking about? When I talked about compassion with my students I see that is very strong, very immediate and it lasts a very short time. Because society is based on short time, media are based on short time, social media based on short time”, continued Paganini. “If we looks the human beings, the way we are structured, we evolved for last hundred thousands by what you. We evolved in mobility, we were used to move a lot around for hunting like mobile species in order to survive we had to migrate. The pandemic actually has forced us insied our homes, technology is forcing us into our homes”, concluded Paganini.

You can watch the online debate here: 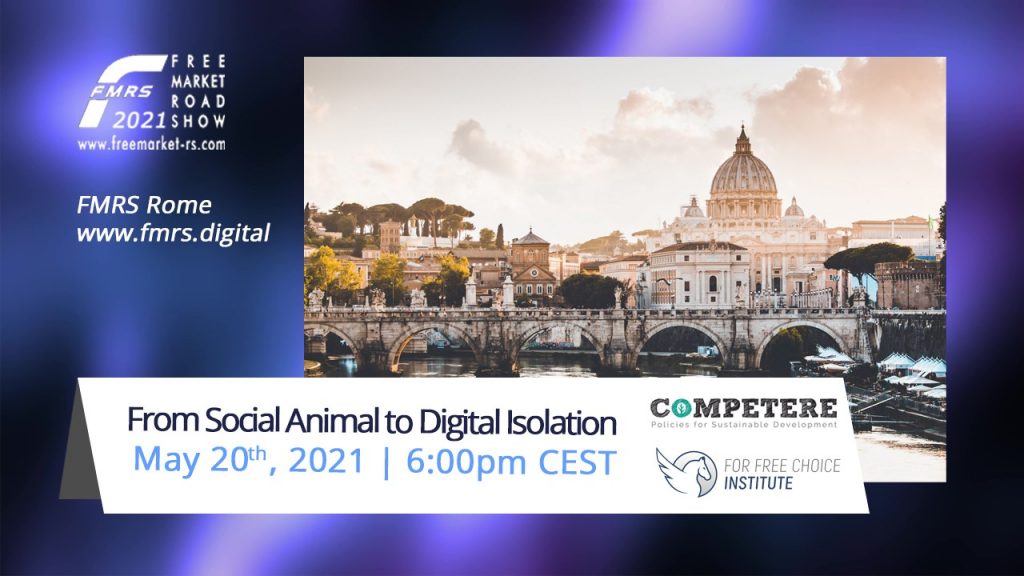 Adjunct Professor of Business Administration at Temple University of Philadelphia. He is also visiting professor for MPOB-UKN Endowment Chair, The National University of Malaysia and president of Competere – Policies of Suistainable Development.