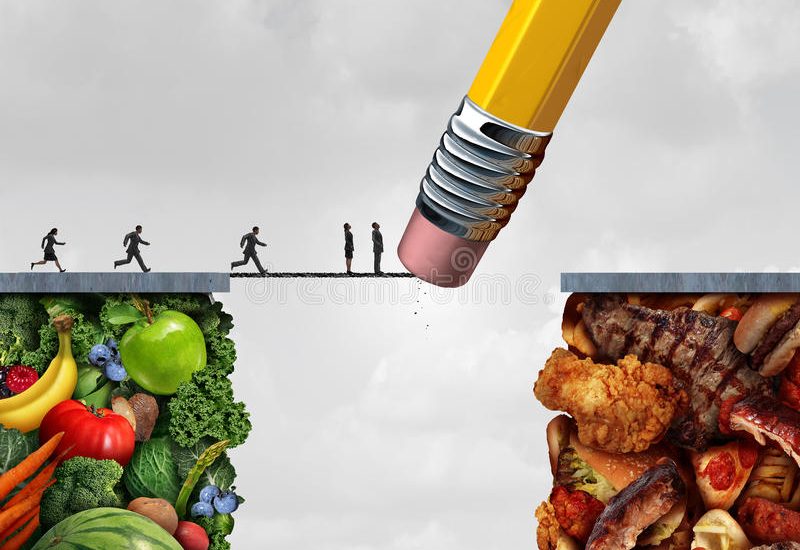 Obtaining food, healthy or not, has never been as easy as today in the history of mankind. To avoid the negative repercussions on our health, we need to strengthen consumers’ self-control through transparent and scientifically accurate information, starting from front-of-pack labels.

THE CHANGING RELATIONSHIP BETWEEN MAN AND FOOD

The spread of obesity is one of today’s main health problems and is set to be one of the future’s biggest challenges. The European community with international organisations such as WHO and FAO are working together to develop the most effective mitigation strategies, but first they need to define what actually determines food choices and consumer behaviour.

There is no doubt that the major determinant is the widespread distribution, availability and tastefulness of products rich in calories, saturated fat, sugar and salt, at the lowest ever physical and economic prices in history. Although, on the one hand, it is good news that we have freed ourselves from the grind and uncertainty of energy production, on the other, we need to seek out appropriate solutions so as to avoid negative repercussions on our health.

Some actions in this sense aim at limiting the availability of certain foods, making them more expensive for the consumer or producer (e.g. sugar tax), reducing their visibility at the point of sale, or enacting strategies from an advertising standpoint. There are also other actions, which aim at reinforcing consumer self-control, i.e. giving consumers the ability to modulate their natural urge to choose foods that are too rich – vital in the past but dangerous in today’s world – by reinforcing their reasoning capacities and their food-related and scientific knowledge.

For this reason, European Regulation 1169 – which has been in force for several years now – requires a back-of-pack nutrition declaration, to inform consumers of the energy and nutrient content of the product. This regulation makes it possible, but not compulsory, also to state the most significant elements of the nutrition declaration on the front of the label (front-of-pack).

This is where discussions – sometimes very heated – arise with regard to the best front-of-pack labelling system. Over the years, different countries have proposed and tested various models on consumers, including the traffic light warning system: green means ‘don’t worry’, amber means ‘be careful’ and red means ‘stop’. In this respect, the Nutriscore system is enjoying particular success. This is a system that discriminates between “good” and “bad” that goes somewhat beyond the classic “traffic light”, because, in addition to taking into account the content of the four ‘big killers’, i.e. calories, saturated fat, sugar and salt, it also considers other elements in the product that, in a certain sense, curb the action of the killers, mitigate it and are therefore rewarding factors; these are fibre, protein and the quantity of fruit and vegetables. It is an authentic food “profiling” system, accompanied by very attractive graphics: each product, regardless of its role in the diet and irrespective of its composition in vitamins, minerals, additives or preservatives, is characterised by a letter from A to E, surrounded by a colour, from green to red.

This type of labelling, according to its champions, achieves a twofold result: it helps consumers choose the “better” of two products in the same group and, from a competitive perspective, it prompts producers to reformulate their products so as to display on the label a product profile more attractive to the purchaser.

Notwithstanding its good intentions, the system has proven to be rather misleading in practice, for a variety of reasons. First of all, it is not always able to make the best choice between two products of the same type. For example, a salad can be tossed with olive oil or with a dressing made in the laboratory. The Nutriscore, assigning a C to the former and an A to the latter, would direct us towards the dressing, but would this really be the correct choice? Absolutely not, because the algorithm, evaluating 100 grams of product, has not taken into account that one teaspoon of oil would be sufficient, while much more dressing would be required to achieve a minimum of sensory gratification. As a result, it tends to direct consumers towards a higher total consumption of the less healthy nutrients.

Olive oil also emphasises the negotiability of the Nutriscore: when the label was made official in 2017, olive oil was assigned the colour orange, category D. Following legitimate protests, mainly from olive oil producing countries, but also from institutions and the scientific community, the algorithm was changed and, in an astute move, a new rewarding factor was inserted in August 2019: i.e. being olive, rapeseed or hazelnut oil, which automatically awards a premium of five points. With this system, olive oil was promoted to category C (yellow).

The greatest concern, however, is another, related to consumer self-control and to the false perception that a food is healthy just because it is green. Reliable studies of consumer behaviour have demonstrated that a claim on a label that a food is healthy leads to increased consumption among those who are normal weight as well as those who are overweight, discouraging the reading of the nutrition statement. There is also the so-called halo effect, whereby a food that has been reduced in fat gains an aura of all-round health, even if it still contains high levels of sugar and salt.

Assessing healthiness on the basis of 100 grams, as the Nutriscore does, generally means attributing an advantage to anything that is generally consumed in portions greater than 100 grams, and penalising foods consumed in smaller portions. As a result, a pizza, which is normally consumed in portions of 350 grams, gets a nice green score, cheating the consumer’s self-control, so as to justify the consumption of a food which, as we know, gives a lot of gratification, but which is very rich in calories, fat and, above all, in salt.

SO WHAT’S THE ALTERNATIVE? THE RIGHT INFORMATION

In contrast with the Nutriscore, the Nutrinform, fruit of Italian research, is an objective, educational and informative labelling system because it is based on the graphic representation of the effective content of a portion. The only problem is that although the absence of colour increases objectivity, it clearly diminishes attractiveness to consumers and stakeholders. It does, however, prove to be a valid system to enable consumers to obtain all the information they need when choosing a food, learning to grapple with the concept of portions and how to assess the appropriate size.

However, the concept of portion itself needs to be harmonised at European level and communicated to citizens. If we ask any person how many grams a portion of pasta, meat or cheese is, we would realise that there is a complete lack of awareness, at least in Italy. Labelling systems cannot and must not replace proper health education, which is, first and foremost, the task of the appropriate institutions, from kindergarten onwards, plus other tools such as displaying calories on restaurant menus and the nutrition declaration on the labels of packaged products. Being aware of and paying appropriate attention to certain components or foods is likely to encourage consumers to limit their consumption to the suggested portions, thereby restricting their intake of calories, saturated fat, sugar and salt.