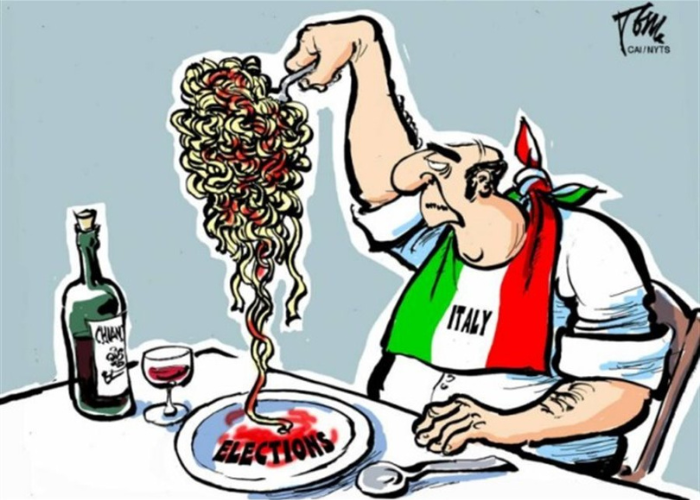 Among the many issues left unresolved in Europe in the wake of the Draghi government crisis is that of Nutriscore, the traffic light labelling system owned by the French government, currently present in only a few EU member states (Belgium, precisely France, Germany, Luxembourg and the Netherlands), but which could become mandatory for the entire EU. Italy opposes it, but to avoid it, it would have been useful to have Super Mario, rather than playing the usual cards of our local cuisine.

Italy has always opposed Nutriscore. However, until September last year,  the Italian approach was opposed in Europe because it had a strong sovranist connotation. Italy was attributed with the stubborn short-sightedness of defending the Mediterranean Diet, without observing its weaknesses in terms of food sustainability.
Let us overlook the contradiction whereby today it is convenient to attack Italian cuisine and tomorrow we cannot live without our pizza.
The balance of power was in any case to our disadvantage. Belgium, France, Germany, Luxembourg and the Netherlands – the Big Five – against us.
It was therefore not enough to say that in Italy we eat better. Our defensive game had its days numbered. Our defensive game had its days numbered.

In September 2021, Draghi approached the problem from a different perspective. On the strength of his personal authority, he went to the European Commission, explaining that Nutriscore restricts consumers’ freedom of choice and above all does not have the necessary scientific solidity to make it the most appropriate tool for food education in the European Union.
The process did not stop, but slowed down. It must be said that, due to a series of well-known emergencies, the issue has taken a back seat.

Now, however, it is legitimate to ask again about the future of initiatives in the EU on how to convey the basics of sustainable food to citizens. The so-called FoP policy, front of pack policy, envisages the introduction of a series of labels informing consumers of the composition of food and the impact on their diet.
Without a charismatic voice like that of the former prime minister – and especially in light of polls that see the centre-right winning the September elections – Italy could once again oppose intransigent defensive positions to Nutriscore.
In an inherently anti-sovereignist Europe, dogmatic ‘made in…’ positions are equally dogmatically opposed. Thus, if Rome were to limit itself to defending – partly justifiably – the Mediterranean Diet as its ‘peculiarity, Brussels would argue that we are not capable of doing anything other than cultivating our own vegetable garden.

NUTRISCORE IS A RISK FOR THE REAL ECONOMY

Apart from all this, Nutriscore’s risk is economic and social. Indeed, if it were to pass, all ultra-processed products would be at risk of being labelled and thus suffer sales repercussions. This would result in downward demand for companies, of all sizes, which would be forced to revise their production plans and thus deplete their workforce. In Italy, the agri-food chain has been worth around €120 billion in terms of consumer value – almost seven GDP points (Ismea data). The Nutriscore is therefore not a niche business. The corresponding French and Spanish sectors, for example, do not travel on lower measures.
And here comes the non-political card. Is it possible for a transnational alliance of productive and social forces that, without either solutions of convenience or scapegoats, to make the EU understand that the Nutriscore is a far from sustainable choice?
Image: courtesy of FOREXLIVE