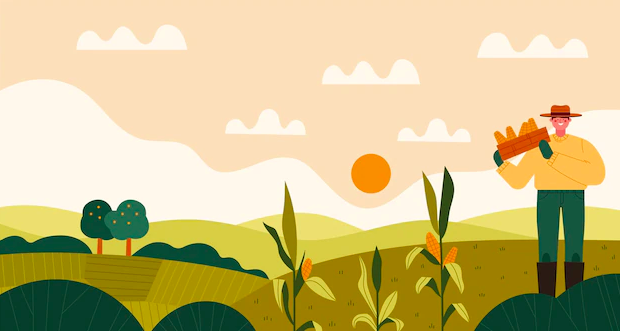 The fragmentation of the Italian farming landscape is an obstacle to the development of sustainable businesses, but recent years have shown signs of hope in face of the challenges of agriculture 4.0

IDENTIKIT OF THE ITALIAN FARM

Italian farming enterprises are characterized by a high degree of fragmentation and, consequently, small size both in terms of agricultural land and employment.

The average size of Italian farms is 20 hectares, against an average of 60 in Germany and of 100 in the United Kingdom, but over 70% of farms together manage barely 12.6% of the total agricultural land in the country, with an average of 5 hectare per farm.

The Italian South in particular, a significant share of the farms produce for self-consumption purposes only. One farm every three is famiy-run.

The high degree of fragmentation, particularly pronounced in the mountainous areas, is an obstacle to the development of sustainable farming businesses, and is considered one of the most relevant reasons for the abandonment and underuse of land in alpine and hilly regions.

However, over the past decade there have been signs of solutions that may substantially contribute to a response to the challenges of agriculture 4.0.

The first, as reported by Officina Italia in its Solutions and technology for small municipalities and alpine areas, concerns the growing integration of farming practices with secondary activities, especially regarding tourism and food specialties, that often become the nucleus of a new model of business, particularly appreciated and supported by those under 35. Some instances are the rehabilitation of niche local production, of protected geographical indication products, and of the passage of products from commodity to special quality, further enhanced by technology.

Then there are tools like network contracts and sector-wide contracts, that allow for common investments, agreements among private entities guaranteeing a predetermined purchase price for a product, and initiatives regarding the repopulation and promotion of the agricultural profession. Interesting initiatives have taken shape around such ideas, like a tender by the Piemonte Region aimed at the reuse of abandoned land, or Lazio Region’s Programme of Rural Development that led to the creation of 1748 start-ups.

Another interesting development of sharing in economies of scale has been the creation of Rural Estates Associations, voluntary unions among the owners of public and private lands with the objective of grouping together abandoned lands and woods so as to allow economically sustainable and productive use.

Also very original is the project by the Abruzzo Region for the creation of a Regional Data Bank for agriculture, which would allow for a simplification of the administrative process as well as stronger protection of Made in Abruzzo products through blockchain, which would in turn support local farms.

The installation of digital infrastructure for data gathering and management is another asset where aggregation becomes instrumental for success, as demonstrated by the use of microchips on cattle, or the case of Bonifiche Ferraresi who, along with A2A, has already equipped 150km2  of land with sensors and low-frequency network. Or the use of robots in agriculture, in particular for vehicles designed for small plots of land, as exemplified by the projects carried out by the University of Bologna with BluHub, and the use of drones to monitor cultivated fields, as developed by Cooperative L’Arca with the University of L’Aquila.

All in all, the agricultural sector is undergoing a renewal, also thanks to a generational change that we could not take for granted. The proof is in the general assembly of Fedagri Confcooperative Abruzzo that has recently hosted a panel of young farmers from all over the country, giving them a chance to talk about their projects and ambitions with their colleagues.