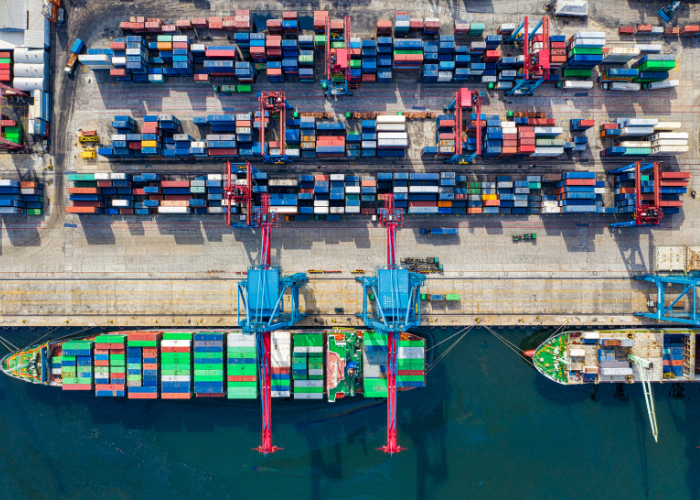 “China is close” says an Italian pun. Yet, looking at the data and moving a little further away, South Korea is not far behind. To-day, Rome is a net exporter to Seoul, but imports have also reached significant levels.

The “raw” data provided by the United Nations trade agency (UNCTAD), unadjusted for inflation, tells us that in 2020 — despite the disruptive effect of the pandemic — Italy supplied its Asian counterpart with goods worth $ 6bn, receiving $ 3.4bn; in 2021, a year of strong recovery, exports had reached $ 7.1bn and imports $ 4.8bn. Though slightly decreased in the last year for which final figures are available, the balance has kept above $ 2bn. Since 1995, however, the value of the South Korean won against the Italian currency has fluctuated quite a bit: paradoxically, it reached a negative peak precisely in 2009, just before Korea became a net importer. One major lesson arises: one must be cautious before attributing the fate of trade between two countries to exchange rate dynamics.

But how much is the interchange worth in relative terms, that is, compared to each country’s GDP? As for the denominator, the two economies are similar in size in terms of total nominal output (in 2021, around $ 1,800bn for South Korea, 2,100bn for Italy), albeit the ‘Asian tiger’ is much more productive per capita. However, there are differences in the numerator, too: any pair of countries will measure the same trade transaction with methods that might deeply diverge; therefore, a reliable figure is obtained by averaging Italian exports and South Korean imports, as well as Italian imports and South Korean exports. The following figures refer to goods (‘merchandise’) only.

Having said this, in the 1995-2021 horizon, exports to South Korea accounted for 0.20% of Italian GDP and (measured as imports from Italy) 0.41% of South Korean GDP; imports accounted for 0.18% of the former and (measured as exports to Italy) 0.32% of the latter. Compared to trade flows with East Asia as a whole — i.e., the ASEAN member states plus China, Japan, and South Korea — Seoul’s incidence varies between 12.8% and 15% on Italian exports, and between 8.6% and 9.8% on imports: an extremely relevant share, if we consider that the counterpart weighs on East Asia for just over 6% in terms of population. The long-term analysis confirms that Italy is a net exporter much more to Korea than to East Asia as a whole (whose figure is heavily affected by the conspicuous imports from China): in fact, exports represent 51.6% of the total in the first case, only 39.3% in the second.

Compared to tangible goods, the Italian-Korean exchange of services was much more limited in the 2010-2020 period. At constant prices for the year 2015, import and export flows were almost equivalent, each amounting to $ 320mn per annuum. As regards the UNCTAD classification, the residual segment — which encompasses financial services — was largely prevalent in both directions, followed by travel among Italian exports (a sign of how ‘Belpaese’ does exert a certain attraction on Korean tourists) and transport among imports.

OECD data on stocks of foreign direct investment (FDI) over the 2013-2020 horizon tell us that Italian individuals or legal entities hold larger investments in Korea than their Asian counterparts do in the Peninsula. The stock of assets belonging to Italian individuals in Korea has always grown, with the exception of 2014: at the end of 2020, despite the global slowdown, it reached an all-time high, exceeding $ 1.2bn at 2015 prices, whereas the value of Korean investments in Italy — which has steadily expanded as well, with only two setbacks in 2015 and 2019 — was close to $ 800bn. Looking at the compounded annual growth rate (CAGR) of these stocks, it is clear that the mutual interpenetration of FDI between the two countries has accelerated considerably in recent years: from the Italian point of view, more than 13% annually for outgoing investments, and above 14% for incoming ones.

BUT WHAT IS BEING EXCHANGED?

Using a classification based on the 13 “primitive” headings of the commonly used system for the commodity classification of commercial transactions (SITC), we find that — over the 1995-2021 horizon — 30.8% of Italian exports to South Korea and even 40.1% of Korean exports to Italy concerned machinery and transport material (hence, mostly motor vehicles); 14.5% fibres, textiles, and clothing (5.9% of imports), 12.8% chemical products (13.2%). As for Italian imports, electrical and electronic components (13.3%) and iron and steel (11.7%) also exceeded 5% of the total. While the automotive sector is, thus, a factor of considerable proximity and interdependence between the two economies, Italy’s vocation in bilateral trade seems to lie in light industry or that requiring investment mainly in marketing and skilled labour, such as fashion, or research and development, such as pharmaceuticals. Symmetrically, South Korea shows a vocation for segments with higher physical capital intensity and involving the industrial processing of inorganic commodities, such as electronics and metallurgy.

It is self-evident, thus, how complementary these two countries are. Relying only on aggregate data on the monetary volumes of trade does not allow us to determine if and who holds any advantage — ‘absolute’ or ‘comparative’ as it may be — in a certain production, but the numbers speak for themselves. The fact that Italo-Korean trade has already withstood three major crises — namely, the Asian financial, at the turn of the millennium; the global financial, in 2008-9; and the global one due to Covid-19, in 2020 — clearly indicates how resilient and valuable it is, with clear benefits for both sides.