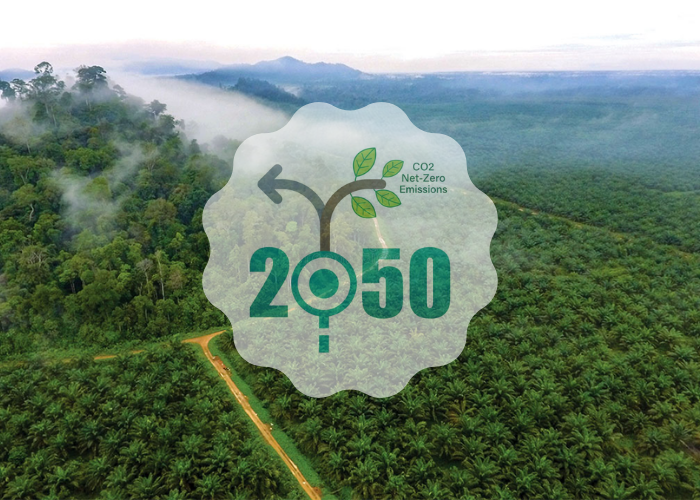 “A partnership between the European Union and producing countries is essential. Palm oil can truly be produced sustainably” – affirmed MEP Seán Kelly, during the webinar “Net-Zero Emissions: Achievements and Way Forward in the Palm Oil’s Production”, hosted by the Council of Palm Oil Producing Countries (CPOPC) on 26 January 2022.

The Palm Oil Industry is well on track towards reaching Net-Zero emissions. Facts and figures prove this great achievement.

“Palm oil plays a crucial role in the development of producing countries. It should also be noted that the palm oil industry started working towards Net-Zero emissions much earlier than other sectors” – added Tan Sri Dr Yusof Basiron, Executive Director of CPOPC.

Experts from different backgrounds took part in the discussion, outlining the latest developments that demonstrate producing countries’ commitment to sustainable palm oil production. During the event, numerous data – with a scientific basis – were presented, clarifying once again the false narrative surrounding palm oil; among them the issue of deforestation emerged: it cannot and should not be associated with the sustainable cultivation of palm oil.

“Deforestation in Indonesia is steadily decreasing and the palm oil industry is constantly changing to operate in a sustainable way, along with strict measures by the government. Smallholders have interests – and consequently must play a crucial role – in the global debate on palm oil” – said Dr. Rosediana Suharto, director of the Indonesian NGO Responsible Palm Oil Initiative.

The importance of smallholder farmers has been again underlined by Dr Ruslan Abdullah from the Malaysian Palm Oil Council, who gave an exhaustive overview of Malaysia’s performance in cutting CO2 emissions in comparison to other countries, describing the national measures aimed at improving the production of palm oil and reducing GHGs emissions.

“Companies can effectively plan their activities to achieve Net-Zero emissions by following dedicated methodologies, such as those defined in the SBTI Corporate Net-Zero Standard” – concluded Dr. Wan Yee Lam, of South Pole.

Important viewpoints were finally discussed in the Q&A session. Cooperation between producing countries and advanced countries has been identified as a central issue in the broad debate on palm oil. To ensure that palm oil is treated fairly, this partnership must be ongoing. Avenues such as the ASEAN-EU Joint Working Group on Vegetable Oils must be utilized for an objective discussion on palm oil.

The slides shared during the event can be viewed at the following link.