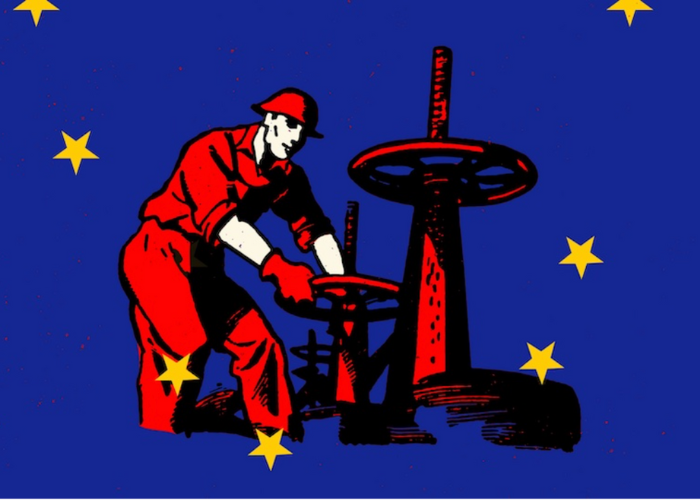 Europe and Italy are hungry for energy. The war in Ukraine is only one part of the geopolitical war being fought over access to and control of energy. The sabotage of the Nord Stream 1 and 2 gas pipelines is proof of this. Italy and Europe must find their own sources of energy to guarantee their geopolitical autonomy and economic competitiveness.

For the West, the responsibility lies with Russia. For Moscow, those responsible are in the West. We will never know. The only certainty is that Europe is increasingly dependent on the energy interests of others, particularly those who create political dependency through energy. Gas prices rise, citizens and businesses suffer, but someone gets rich (in the West).

Italy and Europe must find their own sources of energy to guarantee geopolitical autonomy and economic competitiveness. A common European project still seems far away because national interest prevails. The nationalist vocation is natural when European institutions prove to be slow and detached from the interests of citizens.

It is easy to blame Russia for the sabotage of the Nord Stream 2 pipeline. Gas is a geopolitical tool used to weaken Europe to counteract sanctions and military supplies to Ukraine. Moscow’s government exploits the dependence on its own gas that has matured over at least three decades. It also takes advantage of the unregulated mechanisms of Western commodity markets.

This dependence is congenital. Italy has never been independent. We depended on British coal until the price spiked due to the supply-demand ratio. We relied on Middle Eastern oil (extended Opec) that supplanted the Anglo-Saxon seven sisters, hence the crisis of the 1970s. We resorted to gas, particularly Russian gas, to diversify and reduce pollution at an affordable price.

In the meantime, the US was gaining near-independence in energy – disregarding environmental problems – by exploiting new gas and oil fields, and employing new extraction techniques (fracking). And they want to sell it abroad to create dependency and subjugation.

WHO HAS THE ENERGY DICTATES THE CONDITIONS

Nord Stream 2 is the result of Germany’s desire to gain energy security with a dedicated pipeline that passes through the sea avoiding Ukrainian territory (considered dangerous due to gas theft, sabotage, and non-payment of supplies since the early 2000s). For Russia, it means building a privileged link with the leading economic power in Europe.

It is not difficult to understand why the US did not like the removal of Europe and especially Germany from its sphere of influence (it is not only Russian gas, but also their friendship with China). The boycott of Nord Stream II was among the first (diplomatic) operations of the democratic government that put political pressure on Berlin (weakened in the meantime with the change of majority) and sanctioned Moscow.

Without proof, are we so certain that it was Moscow that sabotaged the gas pipelines for which it invested, together with Germany, tens of billions? Why would those who own and control the taps on the pipelines sabotage themselves? Is it not enough to close the taps, as it has already done, to destabilise the markets?

Investigating is inessential at this point and only further polarises those who lack critical sense and divide the world into Atlanticists and pro-Atlanticists. This dichotomy is stupid and does not solve the problem we Europeans have: finding the energy.

To satisfy the uncritical Atlanticists, we can say goodbye to Moscow and unreliable countries and turn to US liquid gas. Dependence on American energy is safer and in line with our common principles, but it is still subservience. And subservience is what the US seeks in order to strengthen its global role. It would then take time for the platforms and the environmental and economic cost would be very high (the higher cost of liquid gas would burden our companies, making them less competitive).

Italy and Europe must: