The evolution of FoP labellings and their (un)necessary roleONLINE SEMINAR, JANUARY 10th 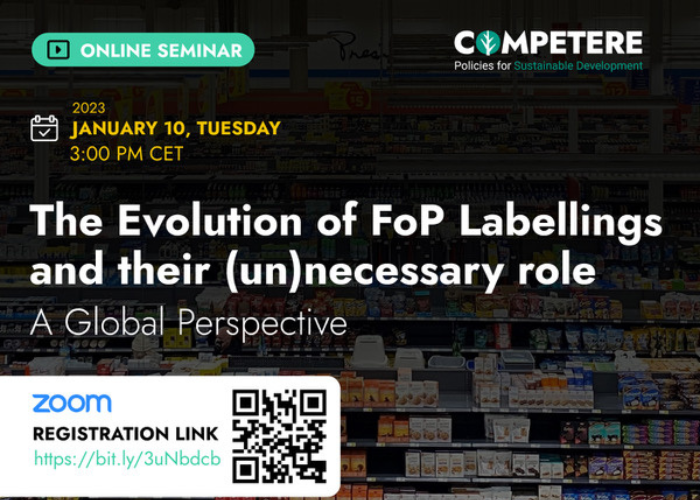 The evolution of FoP labellings and their (un)necessary role

As part of the Farm to Fork strategy, whose purpose is to define healthy, balanced and eco-sustainable food education, the European Union will be presenting new regulations for front-of-package labelling. The various proposals on the table have created lively debate within the scientific community and among those operating in the agrifood supply chain, NGOs and consumers, including open disagreement between different food cultures of EU member countries. The Nutriscore system, developed and adopted in France and subsequently in Belgium and Germany, initially interested EU Commission representatives. However, numerous objections are now being raised on the basis of scientific findings and solid arguments which show that this system is, in actuality, a threat to freedom of choice, hampers business, and seriously discriminates against local diets.

The results of the most advanced scientific research, especially in genetics, and the evolution in artificial intelligence technology, raise incontrovertible arguments for moving beyond anachronistic assessment systems such as Nutriscore. The results of quantum physics spur us to go beyond the reductionism and determinism of closed evaluation systems. The question is: is front-of-package labelling still able to answer the ambitious goal of the EU in aiding consumers to have more information in making free choices; does it actually promote the adoption of healthier diets and reduce obesity; and, finally, through consumer trends, does it stimulate the food industry to adopt recipes and products that are more sustainable in terms of biodiversity?

The roundtable organised by Competere offers the opportunity for an informational exchange regarding the dietary problems the different regions of the world are facing, the solutions and the FOPL systems they have adopted or would like to adopt, and their efficacy.

If you would like to receive a brief report of the event or watch the full video, please email us. 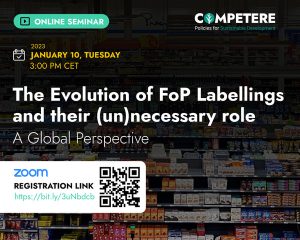 Marco Silano graduated in Medicine and Surgery at the Università Cattolica in Rome and specialised in Paediatrics at the University of Milano (both with distinction). He was a Visiting Fellow at the Division of Nutritional Sciences at Cornell University in Ithaca, New York, from May 1999 to March 2000. His main fields of specialisation are food intolerances (especially celiac disease), infant nutrition (breastfeeding and weaning) and obesity prevention. Since 2009 he has been a member of the Scientific Committee of the Italian Celiac Disease Association, of which he has been President since 2014. He is currently Director of Research at the Istituto Superiore di Sanità and Director of the Food, Nutrition and Health Operational Unit.

George Cheriyan is Director of CUTS International, an Indian origin international public policy research and consumer advocacy organisation, headquartered in Jaipur, India established in 1984. Presently George is a member of Central Advisory Committee (CAC) of Food Safety and Standards Authority of India (FSSAI) for a period of three years and was a member during 2014-19. He is also a member of Food Hygiene, Safety Management and Other Systems Sectional Committee (FAD15) of the Bureau of Indian Standards (BIS). He was a member of the Stakeholders group on Front of the Pack Labelling (FoPL) of FSSAI and was a member of the Food Authority (FSSAI), as special invitee during 2021-22. He is also a member of Central Consumer Protection Council (CCPC), since 2007. George is also the Vice Chairperson of the Consumer Coordination Council of India, which is the apex consumer council in India.

Pietro Paganini is an economic and (geo)political analyst and disseminator, and the Chair and Founder at Competere. Pietro serves as Adjunct Professor in Business Administration at Fox School of Business – Temple University of Philadelphia (2015), and as Adjunct Professor in Business Administration at John Cabot University, Rome (2008). He served as Visiting Professor for the MPOB-UKM Endowment Chair, The National University of Malaysia (UKM) (2021). He served as General Director of Fondazione Luigi Einaudi. He is the founder of the Italian Institute for Privacy – Istituto Italiano per la Privacy e la Valorizzazione dei Dati – where he seats in the Board. He is a regular contributor to the Italian national newspapers and international publications and media, in which he has continuously advocated for an open society and innovation policies. He is regularly hosted in TV and radio talk shows on main Italian and international broadcasters.

Dr. Lindsey Smith Taillie is a nutrition epidemiologist whose work focuses on evaluating food policy efforts in the US and globally, and how these influence disparities in diet and obesity. Her work uses a combination of randomized controlled trials and natural experimental studies using large datasets on food purchases and intake to evaluate and inform food policy to prevent obesity. Internationally, current projects focus on evaluating sugary beverage taxes, front-of-package warning labels, and marketing restrictions in a number of Latin American countries, including Chile, Mexico, Colombia, Brazil, and Peru.