Beyond hypocrisy: a scientific approach to FoP labellingBY PIETRO PAGANINI 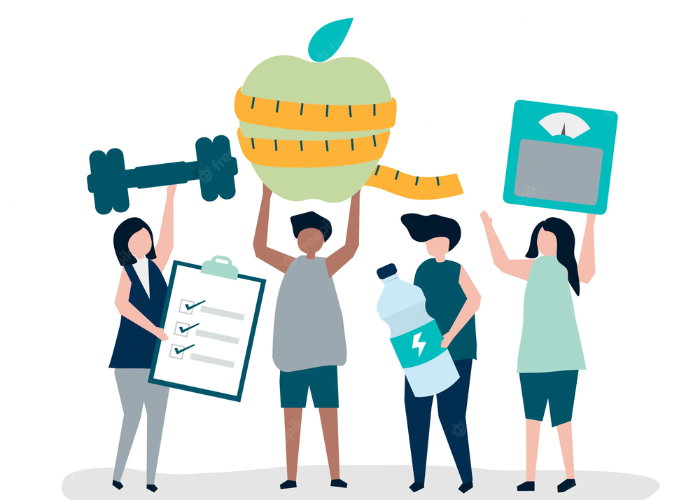 It is surprising that the revision of the FoP labelling regulation excites scientists, thinkers, and a prestigious newspaper. The same is happening in other regions of the world, such as India, Australia, Chile, and Central America in general. In fact, behind a simple label on the front of a food package lies profoundly different interpretations of the world, the role of the citizen, and the state and its policies. It is not just a piece of paper with information (now digitally printed), it is the idea we have of our freedom and our relationship with others.

It is equally surprising that a newspaper that promotes the values at the heart of the French Constitution and of a united Europe, such as freedom and diversity, rule of law, and a rational approach to problems, should promote a labelling system that is the enemy of these principles. The Nutriscore labelling system is indeed a denial of freedom of choice and individual diversity and responds to an idea of science as religion that denies the scientific method itself. What’s more, the discussion on Nutriscore or similar systems confirms the culture of conservation hostile to change. Indeed, the Nutriscore is already an old and defunct system that more advanced research in medical science (precision or personalised diets) and technological evolution (wearables, AI, apps., etc.) are sweeping away. In other words, as is so often the case, the EU Commission, European governments, and intellectual elites are loafing around something that is already old for citizens: the consumer will receive what his diet needs through an app. American, Chinese, or other more far-sighted companies and governments will control everything (health data, behaviour, purchases, etc.), while the Europeans flounder in pursuit of the common good whereby the state (possibly Paris or Berlin) and a group of priests of science (also Paris) decide what is good or bad for everyone.

There is a serious problem of obesity and related diseases. Just as there is a serious problem of poor nutrition, especially in the West. Europeans, all of them, a little less those who follow the Mediterranean diet, eat badly, or rather live badly. Because the problem is not what we eat (nothing in and of itself is bad, the problem is the quantity), but how we eat, and therefore our lifestyle. People eat more but above all, they do not move.

LIFESTYLE IS THE REAL MATTER

Governments and Europe can undertake public policies to reduce obesity and related ills, but they must do so by first understanding the problem, which is lifestyle. So far, governments have attacked the individual ingredients that would cause obesity, ignoring everything else. This is because it is easier and more reassuring (but it is an illusion). If an ingredient be penalised, everything that immobilises us such as the sofa, the desk, or the car seat should also be hit. This would be more consistent.

THE RICHNESS OF HUMANITY

Needless to say, everyone is different, that is the richness of humanity. Therefore, each nutrient acts differently on each of us according to a set of complex variables that affect who we are and how we live. The Nutriscore ignores all this. It establishes that one nutrient hurts everyone equally, ignoring and denying who we are and how we really live. Up-and-coming technology and personalised diets, on the other hand, recognise this diversity.

Therefore, the Nutriscore misleads the consumer that he is about to make a healthy choice while completely ignoring what he is doing. It is in fact the State (possibly Paris) that will tell him, after hearing the advice of these scientists, what to eat. He must trust it. Is this Europe? Lazy, absent-minded, idiotic consumers who do not know how to choose freely with a critical sense? We were left with the idea that liberal democracies that oppose dictatorial and dogmatic systems promote diversity and freedom through the weapon of knowledge.

Nutriscore is a pop art fetish that demeans knowledge because it annihilates freedom of choice in favour of a Hegelian ideal society in which the state is ethical because it knows what is the common good and what the citizen thinks. We are back to totalitarianism with a simple label.

WHAT DO THE SCIENTISTS SAY?

It is even more shocking that socialist and leftist groups push this aberration. True, they love the State as the master of Freedom, but in Gramsci’s idea, the masses must emancipate themselves through education. With Nutriscore the people silently suffer a science that is dogma. It is precisely the scientists who support Nutriscore who betray the principles of the scientific method, disregarding the critical issues raised: knowledge. They are scientists but have little understanding of science as a critical conflict between different ideas. We are back to the science of the state, the same science that, under the guise of improving the algorithm, sells itself to political compromises to assert itself. Indeed, coming to terms, a strong lobby is behind the Nutriscore (before you object count).

The list of arguments is much longer, there is no space here, but I invite you, for example, to read the more than 300 scientists (all paid by the Italian lobby?) who dismantle the Nutriscore, all those who promote more pragmatic systems (such as the Keyhole or black stickers), or the traditional French producers who – thanks to the Nutriscore – will close or give up the taste and flavour of an extraordinary culinary history. In other words, with the green Nutriscore, products will taste the same unless chemical additives (very healthy) are added.