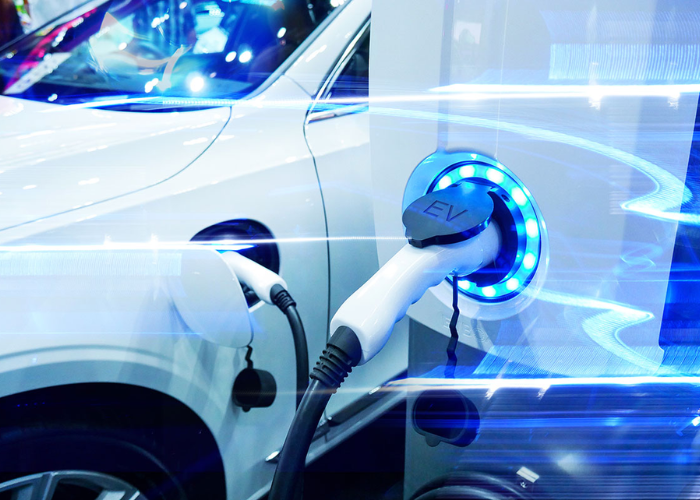 Upon Europe’s approval to stop combustion engines by 2035, politicians and social forces reacted in disarray. However, does it make sense to get in the way of a trend that is already a reality? In the entrepreneur’s DNA is the ability to take advantage of challenges. So it would be more appropriate to embrace the transition in order to continue to be competitive worldwide as the Italian car supply chain.

ONCE UPON A TIME THERE WAS A HORSE

In 1830, a guy from Baltimore, Peter Cooper, raced his locomotive in a speed race against a horse-drawn railway carriage. How do you think it ends? Wrong! The horses won. However, the crowd’s enthusiasm for the steam-powered monster, which lost only because its drive belt blew, made Cooper the moral winner of the competition, prompting him to gamble in the nascent US-made railroad industry.

Fictionalized or not, the story comes in handy in understanding the EU Parliament’s approval of the green transition plan, which calls for a stop to combustion engines by 2035. Like two hundred years ago, there is a mismatch between dream and reality. Despite being more expensive, slow and complex to maintain, the E-car is already on the road. The same was true of the locomotive two centuries ago: defeated by horses, it was self-evident that it held the future in its hands.

At first glance, the institutions in Brussels have acted in this perspective. And they did well. The market tells us where to go, we give it rules. Impulsiveness, however, is permissible in the crowd, but forbidden in policy choices. Indeed, Europe did not give the green light to the electric car certain that an industry conversion plan was in its pocket. It was a face-down move.

Politics and social forces, at least in Italy, scatter in the most classic of todos caballeros. The center-right indulges in cliché. It dusts off decadent anti-EU slogans but fails to provide an alternative, a sustainable Plan B, in the industrial and environmental sense of the term. The center-left forgets it is left-wing, and with a brush of green pretends not to see the potential disruption to the labor market that the E-car could bring. Unions threaten strike action to counter the risk of unemployment in an industry that is increasingly automated. Businesses demand that the government help them with subsidies and tax exemption, as if admitting that it is better to defend the status quo than to invest and thus anticipate the future.

Is there an alternative to all this? In the past, in similar scenarios, those involved would sit around a table and negotiate about what they were willing to give up and what else they needed to work on together. The concept of industrial policy has so far only been a hashtag.

There is no turning back from going electric. Electric vehicles are the starting point. This is said by the new generations – who are the consumers and voters of tomorrow, some of whom are already today – not at all willing to back down on their need to move – a lot, quickly and comfortably – but without impacting the planet. Going against this trend is utterly futile. Marketers say that it is not the producers who impose their Weltanschauung, but the buyers who are in charge.

Starting from this, the measures that many are hypothesizing do not even seem so unrealistic. If companies had the courage to get out of the trenches they dug for themselves, waiting to be overwhelmed by Chinese competition – but also abandoned by German customers, since, sooner or later, the transalpine automotive will turn elsewhere for components – they would realize that investing in technology, human capital and in starting new supply lines of raw materials (nickel, lithium and aluminum first and foremost) is exhausting, but also courageous and pioneering. If labor unions realized that it makes more sense to promote the training of new recruits, rather than defending vested rights, they would experience a new youth, as an intermediary and representative entity for a generation that, though trained, is unable to make its way into the labor market. Finally, if politicians would abandon electoral calculations but focus on an infrastructure plan made of energy mix, revision (and liberalization) of the transportation system, up to the installation of columns and other useful devices for tomorrow’s mobility, the country would have nothing to fear. Smart city plans, long-term strategies and automation projects – with associated enhancement of skills – in Italy, however, remain either isolated cases, however successful, or slogans with good impact on social media, but weak in substance. Peter Cooper’s experience should teach us to look beyond the apparent result. The locomotive lost the first round of a race later won across the board. Are we able to do the same?