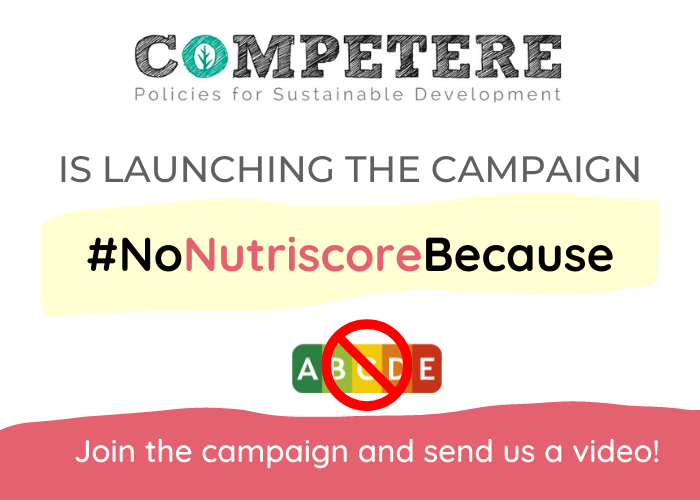 Competere invites you to join this call to action to say No to Nutriscore.
As you may know, the European Union might make this nutritional label mandatory on all food packaging within the next two years.

Nutriscore, based on an algorithm designed by the French government, evaluates the healthiness of 100g of a food product and assigns it a score on a letter and color scale from a green A to a red E. It is a hasty evaluation, not backed by scientific evidence, that risks to cause great damage to the typical products of the Mediterranean diet and that would limit consumers’ free choice.

Although it may seem an effective tool, Nutriscore exposes consumers as well as many foodstuffs belonging to national high-quality supply chains, to several dangers, while favoring products engineered by multinational corporations.

What’s to be done?

Time is running out but we can still do something about it. Competere.eu has launched the call to action #NoNutriscoreBecause, with many representatives of the scientific, political and agrifood world already participating.

What can you do?

Why do you oppose Nutriscore? Do you think it could harm consumers’ liberty to choose what is best for their diet? Or is not sufficiently based on science? Is there a specific product you care about that risks disappearing from supermarkets and that should instead be defended?

You can participate to the campaign with a short video. Your contribution will be valuable and will join that of many others thanks to which we are making every possible effort to prevent Nutriscore from being adopted.

Find below more instructions on how to make and send the video. 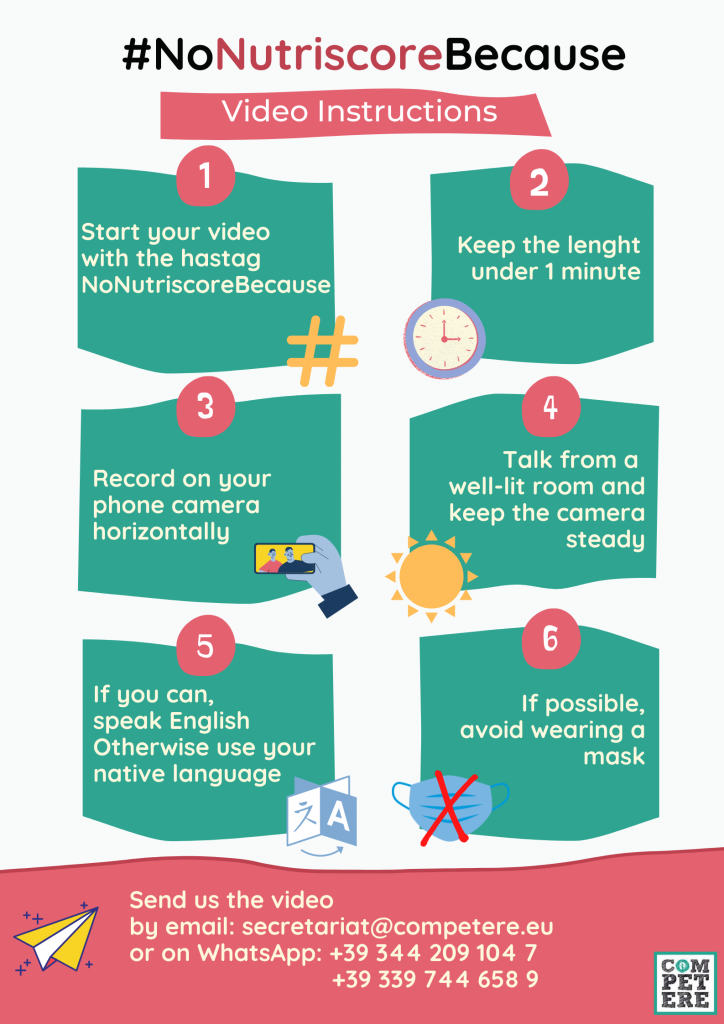