Nutriscore: Macron at a crossroadsBY ANTONIO PICASSO AND BENEDETTA ANNICCHIARICO 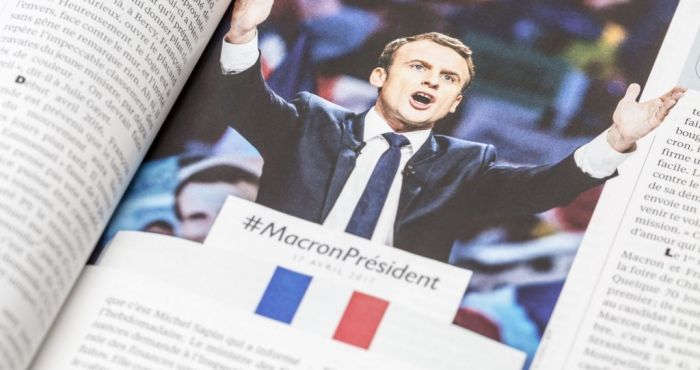 Having just being reconfirmed for a second mandate, President Macron of France has no justification left to postpone a decision regarding the European front-of-pack label (FoPL) file. Especially when it comes to Nutriscore, which, if recognized as European-wide system, could provoke friction between Macron and his allies, not to mention between him and his rural electorate – those farmers for whom backing a label harming their products would be nothing short of a betrayal. Thus, he has two options: hardline or appeasement. Both scenarios can be applied to the domestic policy sphere as well as the foreign one.

TIME TO MAKE A CHOICE

A. Imposing Nutriscore to the whole Union could be seen as a show of strength by France, whereby Macron would become the new European kingmaker of the post-Merkel era. The confrontation with Putin, as well as within NATO and especially with the US, will require a single European voice and leader. But Nutriscore is not a weapon strong enough to be a true sign of leadership. You can’t bet on it to consolidate your ambition to become primus inter pares in Brussels. Moreover, the French Presidency of the EU Council is ending this June, inducing Paris to adopt moral suasion, rather than brute force, as a way to reach its goals.

At the same time, looking within France, Macron must not forget that about 30% of farmers voted for him in the last presidential elections. In general, the agricultural electorate, sensitive to geopolitical issues, has been a key demographic in French elections. Traditionally, farmers have a higher turnout rate than the rest of the French population, evidenced by how political French celebrities often pay their tribute to them. See for example the Salon de l’Agriculture, an agricultural festival outside of Paris, that presidential candidates use as a stage to campaign among farmers.  This year, all candidates attended except Mélenchon.

Macron won farmers’ votes on an agricultural platform known as the “Third Agricultural Revolution”, based on five pillars:

Well, what does the last pillar mean exactly? It is not clear what it would entail in terms of Nutriscore and, more in general the FoPL dossier. Could the commodity emergency, caused by Russia’s war in Ukraine, change the entire outlook of French nutrition policy?

B. The appeasement line is structurally opposite to what Macron is: an ambitious action-man. But experience must have taught him that playing the role of “Cunctator” could draw farmers’ votes to En Marche in the Parliament elections of this June. At the same time, in Europe, Macron should calculate what is more realistic: going solo or maintaining a solid friendship with Italy, the strongest opposer of Nutriscore?

COMPROMISING WOULD BE A LOSE-LOSE

At the moment, the worst forecasts are oriented toward a compromise: a change in the algorithm that would favor simple foods, while continuing to include ultra-processed ones. This would be a debacle: for Europe, which would be forced to accept the imposition of a single nation, for Mass Market Retailers, dragged into an intra-European commercial war – the last thing Europe needs now –, and for Serge Hercberg, the French Nutriscore developer, because a compromise would demonstrate once and for all that the algorithm is not based on scientific pillars, but just on marketing interests. As we have been saying for a long time.

Do you want to know more about Nutriscore and front-of-pack labels? Find all information here