[ENG] Nutriscore or Nutrinform Battery? How to shape informed decision-makingBY ANDREA POLI, SCIENTIFIC BOARD OF COMPETERE.EU 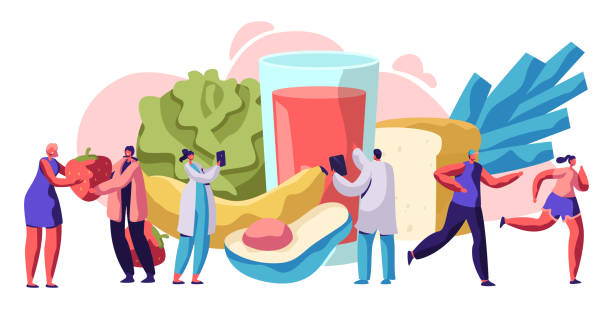 NutriScore is an interpretative and evaluative system, but not an informative one: it does not aim to educate the consumer on an overall healthy diet, and nor could it, based on the way it is structured. The classification of foods from a dark green A score (the best) to a red E score (the worst) is the result of a complex algorithm that is completely incomprehensible for the consumer and largely arbitrary from a scientific point of view. One could say it creates a sort of dependency in the consumer: he/she is forced to uncritically accept the algorithm’s judgment without understanding the reasoning behind it, thus being unable to use that information to increase his/her nutritional awareness and competence.

NUTRITIONAL COMPETENCES: WHY THEY MATTER

NutriScore does not offer any direct nutritional information (such as composition, nutritional contents, etc.), meaning that the consumer has no idea of why, for example, one foodstuff is given a dark green A score and another a red E score. As such, consumers will be prevented from combining food in an intelligent manner, for example compensating excesses of one or more nutrients contained in some food with some other of opposite nutritional profile. At most, the consumer will be able to decide to systematically choose elements from the A or B groups, but this choice cannot in any way lead to a varied and balanced diet, but instead to deficiencies of essential nutrients.

People with specific needs, for example those who should selectively limit sodium consumption due to high blood pressure, or those who should avoid saturates because of high plasma cholesterol, receive no support from the NutriScore. Instead, foodstuffs with high levels of sodium and saturates could receive positive evaluations on the whole as the algorithm balances them out with other elements of the nutritional composition that may however be irrelevant for the person in question.

With the irrational and outdated aim to judge a foodstuff as a wholly good or bad one, NutriScore is forced to try and enclose in a single score the overall effects of a series of nutrients that have different levels of positive impact on our health. But because it cannot encompass all nutrients, it ends up neglecting some essential ones. For example, polyunsaturates omega-3 fats are altogether ignored with the odd consequence that a “fatty” fish will obtain a lower score than a “lean” fish, in complete discordance with the majority of global literature.

On the other hand, Nutrinform Battery aims at clearly presenting the quantity of 4 nutrients contained in a single portion, thus adopting a parameter that is easier to understand by consumers. The quantity, reported in absolute terms and in a percentage relative to the maximum amount of daily consumption recommended, has a simpler but much more educational goal: informing, without interpreting, by offering the elements needed to understand the nutritional profile, and therefore facilitating conscious decision-making.

Given the context, it should not come as a surprise that a scientific comparative study carried out and published by LUISS University has shown that exposure to Nutrinform Battery increases the nutritional competences of the consumer, while NutriScore has no effect in this regard.

Would you rather make your own decisions in autonomy or follow those made by others? You have your pick. In many ways, there lies all the difference between Nutrinform Battery and NutriScore.