Science vs Ideology: Beyond NutriscoreLIVE STREAMING 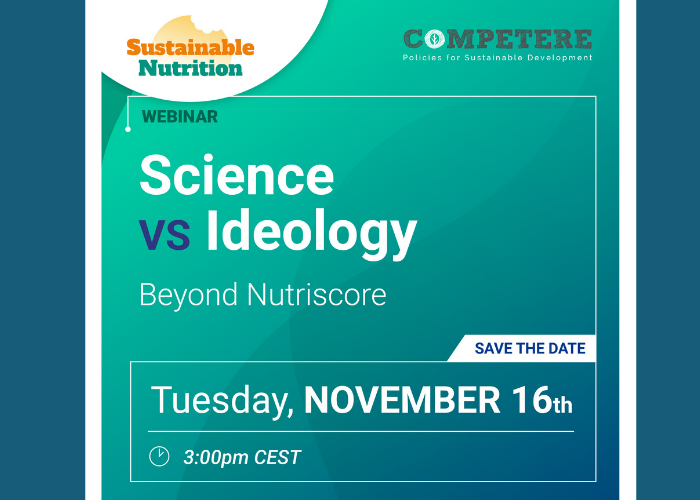 On Tuesday, November 16th, Competere hosted an expert panel to discuss the science (or lack thereof) behind Nutriscore and other front-of-pack nutritional lables. Prof. Ramon Estruch of the University of Barcelona and Prof. Francesco Visioli of the University of Padova illustrated different labelling schemes to identify, through the scientific method, the most suitable solution for consumers’ freedom of choice. Here are a few takeaways: 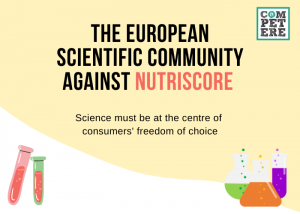 Clips from the debate

Dr. Ramon Estruch on the criteria of a science-back label

Dr. Francesco Visioli on the future of personalized diets 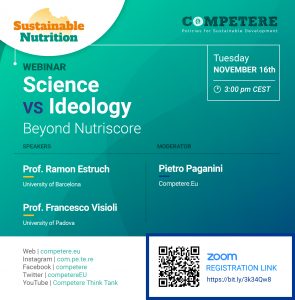 Ramon Estruch is Senior Consultant at the Internal Medicine Department of the Hospital Clinic (Barcelona) since 2002. He is also Associate Professor at the Barcelona University since 1996, Member of the Board of Directors of the CIBER Obesity and Nutrition, Institute of Health “Carlos III”, Government of Spain.

Francesco Visioli is professor in Human Nutrition at the Departement of Molecular Medicine, University of Padova. Up until 2014 he was Chief Scientist at Imdea (Instituto Madrileño de Estudios Avanzados). From 1996 to 2010 he was professor of Physiopathology at Université Pierre et Marie Curie (Paris).