SWITZERLAND: A MODEL FOR EUROPE 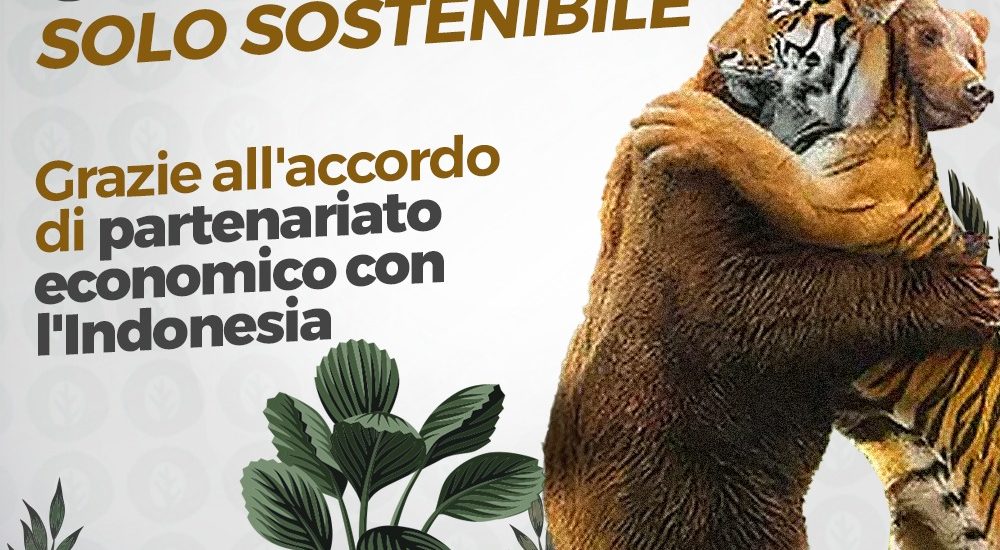 On 7th March, Swiss citizens confirmed in a referendum the first trade agreement with Indonesia based on sustainability criteria. This agreement will remove customs duties on Swiss exports for products such as cheese, watches and pharmaceuticals. Similarly, it will allow Indonesia to sell at preferential rates a number of agricultural products, including palm oil, of which the country is the largest producer in the world.

The agreement sets lower tariffs only for the export of palm oil that meets sustainability requirements, i.e., guarantees that the entire supply chain:

The introduction of preferential tariffs will also make it possible to compensate the costs required to meet the environmental and social standards requested. The Indonesian government must demonstrate major progress in production standards, while Switzerland will import with lower customs duties the most competitive palm oil certified as sustainable.

The referendum was promoted by a number of organisations, left-wing political parties, the Green Party, environmentalist NGOs and trade unions connected with producers of rapeseed oil, which opposed the agreement. The reason for the controversy? Palm oil.

According to referendum organisers, palm oil is too cheap and because it is more competitive than other oils, causes major problems for the domestic rapeseed industry.

There were also attacks on the supply chain—despite the lack of scientific proof—which maintained that Indonesian palm oil was responsible for deforestation and irreparable harm to the environment and biodiversity.

However, the position of the Swiss government has a solid scientific base and it was the government itself that sponsored the study on the environmental impact of palm oil. Its findings were clear: if certified sustainable, palm oil has less impact on the environment than other vegetable oils.

WHY THIS IS IMPORTANT

Switzerland is one of the most globalised nations and open to international trade—the Globalisation Index. To eliminate any controversy around the environmental issue, the government introduced an ordinance that makes the use of sustainability certificates mandatory. Oils entering Switzerland must be certified sustainable.

The economic partnership agreement with Indonesia will allow Switzerland to guarantee the entry of only palm oil certified as sustainable into its market, a measure the EU continues to lack. What are the other European countries waiting for to introduce environmental export requirements and mandatory sustainability certification for all oils?