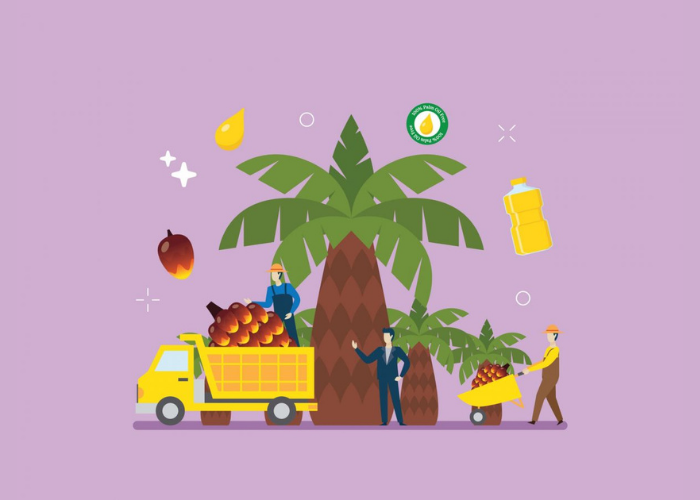 The Swiss Federal Council has recently approved a decree setting a reduction of customs duties on the import of sustainable palm oil from Indonesia. This could be a first step toward the end of the ideological “palm oil free” marketing trend, and the start of more transparent and complete information strategies.

The all-clear from the Swiss government seals what had been established last spring by a referendum, when 51% of Swiss citizens favored the agreement between the European Free Trade Association (AELS) and Indonesia that saw the reduction of custom duties on Indonesian import, 40% of which is made up of agricultural products. Among them is palm oil, with the Asian tiger being the world’s biggest producer, and that has been the center of much debate and controversy due to the environmental footprint of its cultivation. Back in December 2020 the Swiss government had reassured that a duty reduction would only apply to oils certified sustainable, which was confirmed last August. Truth be told, Switzerland has been importing only sustainable palm oil for a long time already. But with the new agreement and decree coming into force, the practice will become institutionalized. From now on, Swiss importers will be able to receive a 20-40% reduction on customs prices for Indonesian palm oil that is labelled as sustainable by one of the four certification schemes recognized by Switzerland. All four of them rests on the pillars of zero deforestation, biodiversity protection, marginal environmental footprint, and respect of local communities and workers’ rights.

The stance taken by the Swiss government is based on scientific evaluations that regard sustainable cultivation of palm oil as less environmentally harmful than that of other vegetable oils. Size being equal, palm oil cultivations produce ten times the amount of product than other oil plantations: despite palm oil being the most widely used in the world (accounting for 35% of global production, seven points higher than soy oil), its production only requires 10% of total oil cultivation. As a result, an increase in consumption and demand of sustainable palm oil does not lead to a proportionally higher environmental footprint: the rate of deforestation attributed to palm oil has drastically decreased in the first years of the decade, despite the global production having increased by almost 30% over the same time span.

But there are two more positive aspects to this. First, through this agreement the Swiss public opinion has disavowed all biases of the Western electorate, by now tied to ideological environmental campaigns and deaf to realistic information on what is truly sustainable. After all, referendums are a more than established practice in Switzerland, meaning that its electorate is probably more prepared upon voting than anywhere else in the world. The second aspect to keep in mind – decidedly less philosophical – is that the agreement creates a precedent. Both in Brussels and on the market.

Granted, Switzerland is not the European Union, nor are the Italian institutional panorama anywhere close to those of our neighbors. But the Swiss government’s initiative should be taken as an example: it promoted an internationally relevant supply chain that, through transparency and innovation, has long been engaged in projects that combine environmental, social, and economic sustainability. Virtuous projects, whose results can be easily observed, that represent a benchmark for regions like Lombardy or other territories in France, Germany and elsewhere in Europe, who would only need a regional decree to grant access to sustainably sourced palm oil in public cafeterias or local producers.

Finally, today’s market is inflated with free products: “paper free”, “plastic free”, “palm oil free”, and so on. Labels that are decidedly misleading, as they do not prove the sustainability of consumers’ purchases compared to “non-free” products. Nothing but marketing campaigns, drugged by the goal of increasing sales without providing adequate information to buyers. The issue is complex and still object of debate in Brussels. However, we like to think that it’s the beginning of the end. There is still a long way to go, but we hope it might lead to a dismissal of this Manichean approach to trade with good and healthy products on one side, and what our moms called “junk” on the other.