Why the world economic system faces no danger, but globalization doesBY LUCA BELLARDINI 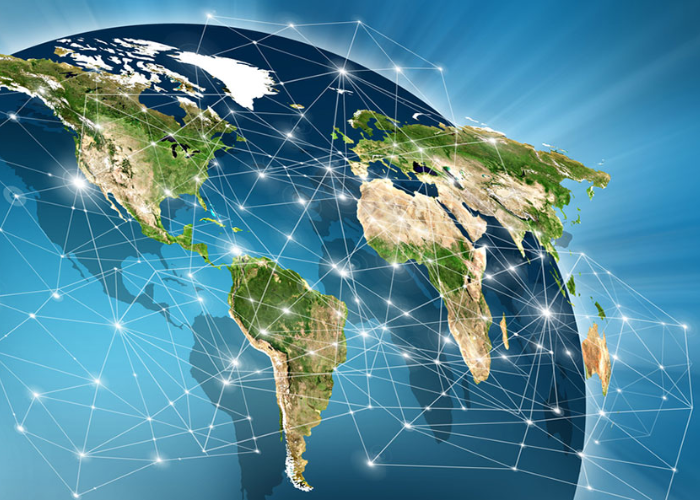 Many think of globalization as a solely economic phenomenon. Hence, it comes as no surprise that they have started speaking of its “crisis” only upon the outbreak of the COVID-19 pandemic, which brought heavy consequences on the production system; or ― at the latest ― the Russian invasion of Ukraine, which blew an extremely hard hit to the post-WWII ‘international liberal order’. Let us mark such view as (widely) simplistic, perhaps bound to an ideology that has never accepted globalization, since it fails to understand it.

If it really were a purely economic phenomenon, it would be legit to assume it began to decline only over the last thirty months. In fact, valid supporting reasons are not lacking, at all. The healthcare emergency has had a dreadful impact on value chains: international trade, which had already started revealing signs of it slowing down due to the comeback of protectionist ideas in major Western countries (particularly the US, under Trump), did clearly suffer therefrom. Afterwards, once we seemed on the way back to normalcy, the Kremlin made a move that had been absent from Europe for eighty years. Very soon, this would spark a series of horrible consequences not only direct (i.e., a humanitarian and economic catastrophe, devastating for million Ukrainians’ lives) but indirect too, due to the disruption of legal relationships with Russian persons (Western sanctions and Moscow’s countersanctions, particularly in respect of hydrocarbon flows and the exports of Ukrainian cereals), as well as the spike in several commodity prices, both agricultural and energy or mineral. Thus, the evidence for a crisis of globalization seems to be fully in place.

However, we should not be affected by “recentism”. The pandemic and war have been the last two ‘knights of the Apocalypse’, whose passage has slaughtered the most relevant advances ― either economic, social, or cultural: in a word, civil ― of the last thirty years, following the Berlin Wall being toppled. Nevertheless, if we looked backwards just a little bit, we would find they are unfortunately in very good companionship. In fact, since the 2008 financial crisis, the West has seemingly given up on believing in itself, torn by doubts and subjugated by a dangerous contrarian narrative, by those who lost the Cold War yet failed to become self-critical. Retrospective, we might suspect it was no accident of history if, just a month before Lehman Brothers’ insolvency declaration, Russia attacked Georgia on a very similar pretext to the one it would use against Ukraine last February.

THE ROOTS OF GLOBALIZATION

Actually, provided it were really a largely economic phenomenon, nothing more than the financial crisis could epitomize globalization’s deadlock. The many who oppose it view modern capitalism as a complement of America’s political hegemony, thus regretting the communist superpower and winking to anyone who proposed to repeat the horror actions thereof. They ignore that the roots of capitalism (if not technological, at least cultural), including that of banks and investment services, stretch into the past much further than the last thirty years. Hence, globalization could not be a “recent” phenomenon: conversely, it has resulted from the settling of theoretical convictions, and practices, whose inception must be sought in human nature rather than a plutocratic plot. Unbeknownst to them, upholders of globalization were the mediaeval merchants who travelled (also) as pilgrims, as well as the Renaissance ‘money changers’ ― many of whom did establish actual cross-border financial conglomerates: think only of the Medici Bank subsidiaries in Venice, London, Bruges, and many other European towns ― and the great navigators during the age of the ‘scientific revolution’. Analogously, contributors to the “global” thinking were the humanists like Pico della Mirandola, who viewed the individual as the centrepiece of everything, as well as the Scottish empiricists and the Illuminist philosophes, who did exalt man’s natural rights. Technological progress, which stemmed from all of this, would make the rest.

DE-GLOBALIZATION IS NOT DESIRABLE

From this standpoint, globalization is really coming to an end, but not for the reasons identified by those who oppose the liberal order. Looking at the economy, we could reasonably think that the current phase be just a transient one: as Alberto Mingardi remarked on Corriere della Sera (link), the current economic system’s features make it highly unlikely to “rewind the tape” in the near future. Moreover, as recently highlighted by Ferruccio de Bortoli in Milan upon presenting the latest, precious volume by Marco Magnani (Making the Global Economy Work for Everyone, Palgrave Macmillan: link), the features of de-globalization are very little desirable to the poorest, who have hitherto benefitted the most from wealth-generating great transformations.

Therefore, what we should fear is not so much the contraction in trade, the changes in the energy mix, the urban evolution of cities on the wake of the spread of remote working or the digital’s unstoppable advance, with all the ethical aspects underpinning it. Some of these phenomena are associated with trends we should encourage: for instance, the transition to a more sustainable, clean, and inclusive system. Though in need of being governed, they are unavoidable just like globalization itself. It would be short-sighted to oppose them, maybe with the aim of defending unearned positions or outdated production techniques. Conversely, let us be alarmed by the growing frequency whereby the pillars of the democratic and liberal civilization of the West ― meant in a political sense, rather than a merely geographic one ― are put under discussion. If today the trust in that model cannot hold, tomorrow ― very soon ― the model itself is going to fall: and with it, as underlined by Letizia Moratti when speaking about Magnani’s book, that international rule of law that has been granting peace but is now creaking. What would replace it? Something likely less efficient, less “humane”, less advantageous for anyone be excluded from the power’s inner circle. Do we really want this?