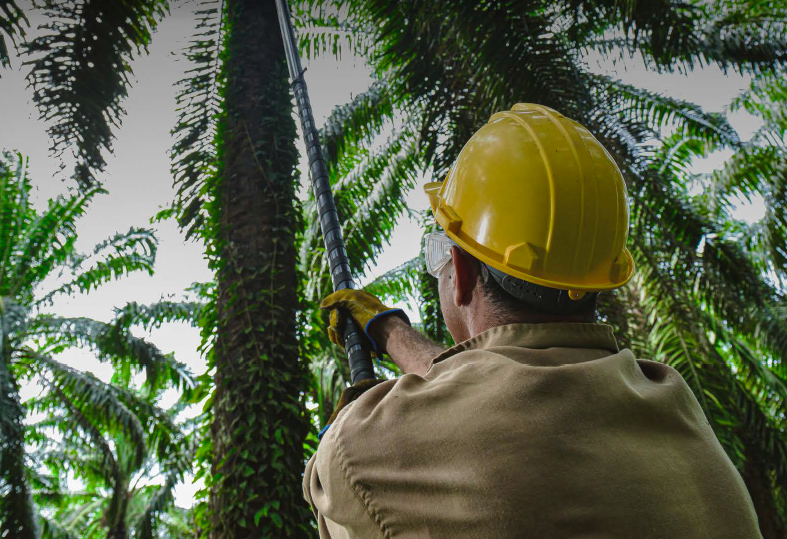 Latin America is becoming an increasingly important region in the world of sustainable palm oil. After an analysis of Guatemala as the rising star of the industry, we turn to Colombia, Latin America’s top producer of palm oil and leader in sustainable practices.

>> READ THE FULL REPORT BY SOLIDARIDAD <<

A recent report by Solidaridad, building on data from the Federación Nacional de Cultivadores de Palma de Aceite (Fedepalma), has crowned Colombia as the global leader in sustainable palm oil production. In 2020, 28% of the total palm oil produced in Colombia was certified as sustainable, totaling about half a million tons and accounting for 32% of the total palm cultivations of the country. Within Latin America, Colombia is not only the top overall producer of palm oil, but also the region’s driving force behind sustainability: Colombian certified oil represents 44% of total certified production of the subcontinent. 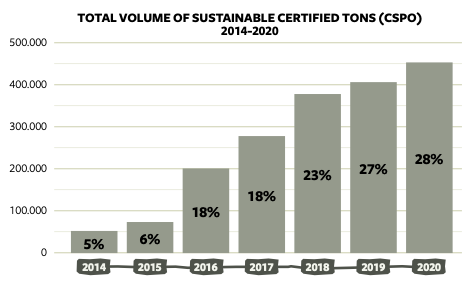 The country’s commitment to sustainability has been evident in the initiatives launched by Fedepalma and the local authorities. In 2019, the Colombian Sustainable Palm Oil Program (APS.CO) was launched by the Federation to promote environmentally friendly and socially just practices among producers, and encouraging public and private policy and investment frameworks facilitating their development.

Furthermore, since 2017 producing companies, buyers, and civil associations have signed the Mutual Agreement Towards Zero Deforestation in the Palm Oil Supply Chain in Colombia. The signatories, now 60, are expected to reach their goal in the short term: already prior to 2017, the oil palm industry was a minor driver of forest loss across the South American country.

EXPORTS TO EU CLOSE IN ON 100% SUSTAINABILITY

As Colombia’s production of palm oil increased over the past decade, so has its share of the country’s agricultural exports, now taking fourth place after coffee, flowers, and bananas. The European Union, and specifically the Netherlands, remain the country’s main trade partner. However, over the last couple of years, exports to the European market have dropped dramatically: according to calculations by Competere, the trend has been as sharp as a 50% decrease between 2019 and 2021 (Eurostat data).

There is, however, a silver lining: the decrease has been largely attributed to the EU’s increasingly strict demand for certified-only oil, which has forcibly reduced overall imports. Today, the phase out of unsustainable sources has led to Colombian-European trade chains to close in on 100% share of sustainable palm oil. 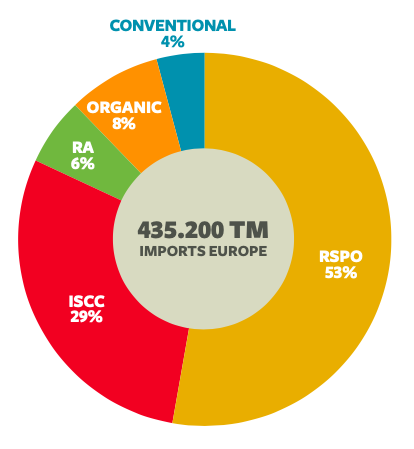 Certified (96%) vs Conventional (4%) sources of production of Colombian palm oil exported to the EU
Source: Solidaridad

OPPORTUNITIES AND CHALLENGES FOR SMALLHOLDERS

As is the case across the world, Colombia’s palm oil industry heavily relies on individual, independent farmers. In this case, they represent 30% of producers, accounting for over 48% of national output and managing 149,235 hectares of land.

According to the report, almost 50% of Colombian smallholders produce certified sustainable palm oil, demonstrating the success of the country’s initiatives.

However, there remain some challenges – universal in nature – to a full transition to sustainable production: the limited resources available to smallholders, their size, and, as is often the case, remoteness, mean that they face a shortage of qualified workforce as well as reduced training opportunities.

Despite this, the sector is once again confirmed as a viable industry for development: in 2020, Colombian farmers saw an increase in revenue thanks to the rise of international palm oil prices and favorable exchange rates for exports. Furthermore, as emerged in a previous roundtable hosted by Competere, palm oil cultivations often represent an alternative crop – and therefore livelihood – to illegal plantations.

While there is still work left to do, domestic initiatives, coupled with increasing demand for sustainable certifications by consumers and importing markets, have brought about a real and consolidated shift in the palm oil production paradigm.

>> READ THE FULL REPORT BY SOLIDARIDAD <<