No consensus on direction of EU nutritional labelling reformFRONT-OF-PACK LABELLING REFORM - IS IT FIT FOR THE FUTURE?

Read the press statement in Spanish

Read the press statement in French

Brussels, 29 November. A debate on Front of Pack Labelling Reform in the EU hosted by Euractiv in Brussels today revealed the confusion and lack of consensus on the EU approach towards its stalled food labelling proposal. The European Commission has delayed its decision on a pan-European harmonised label, expected in December, till early 2023. Panel members included MEPs, professors and medical professionals, and representatives of SMEs in Europe.

Despite their diverging political affiliations, both French MEPs parroted the often-repeated government line promoted by French scientists, consumer associations and media. Rivasi repeated that Nutri-Score was “very easy to understand”, supported by “a lot of scientific studies”, demonstrably “preferred by consumers” in trials, and led to “less obesity and cardiovascular disease”. She went on to claim that Nutri-Score was supported by “a lot of MEPs” but was opposed by “very big agribusiness lobbies” who did not want transparency of the make-up of their recipes. “We need a label to allow consumers to make a fast choice” in the supermarket, said Rivasi MEP, because people are time-short and do not have time to read nutritional labels.

Representing small and medium sized enterprises, Friedrich Trosse of SME Europe counter-argued that “People should make informed choices, not convenient choices. We should go for a good solution, not a quick one. Nutri-Score is oversimplification, and we cannot support it.” While agreeing for the need for a mandatory pan-European nutritional label, SME Europe seeks a harmonised label that “incentivises producers to create a product as healthy as possible, while staying competitive in the marketplace. Artisanal and traditional bakers cannot change recipes and keep customers happy.” Due to national cultural traditions and consumer preferences in different EU countries, artisanal and small producers are at a disadvantage compared to big multinational manufacturers.

Dr Ramon Estruch Riba, associate professor in Medicine at the University of Barcelona did not agree that the way forward was to adopt Nutri-Score and allow it to ‘evolve’, as advocated by French MEP Trillet-Lenoir. Dr Estruch explained that this has led to the absurd situation whereby olive oil has been positively re-graded over recent years by the “artificial” algorithm at Nutri-Score’s foundation, from initially a red “E” to an orange “D”, and lately a yellow “C”. “This is a joke!” responded Dr Estruch, “Nutri-Score is too simple. People have different needs. We are moving towards personalised nutrition. This type of label will not reduce obesity.” he added.

The theme of personalisation of diets according to an individual’s age, gender, and medical conditions, was taken up by Prof. Pietro Paganini. “Can Artificial Intelligence help us with our dietary requirements?” he asked, calling explicitly on the EU to address the reality that “The technology is here, smart watches that tell us our glycaemic index and advise you what to eat. This is an opportunity and a threat. Will the EU look to the future and manage this new reality, or will the EU allow China, the US, or Israel take advantage of the advances in the application of AI to health? Silicon Valley is investing heavily in food, but they’re not talking about Nutri-Score.”

French Renew MEP, Trillet-Lenoir, rebuffed the necessity to discuss the link between AI and food and nutrition, claiming that society is far away from such a “nice fiction”, and that it is not relevant for ordinary people shopping in supermarkets. Pertinently, Trillet-Lenoir MEP raised the thorny question of responsibility for public health – “Is it the citizen, the government or the manufacturer?”, she asked.

The jury is out, and there remains no consensus between EU stakeholders on the way forward for a harmonised, mandatory front-of-pack label. In the absence of agreement, Paganini advised “If we must go with a system, start with the Swedish Keyhole label.” 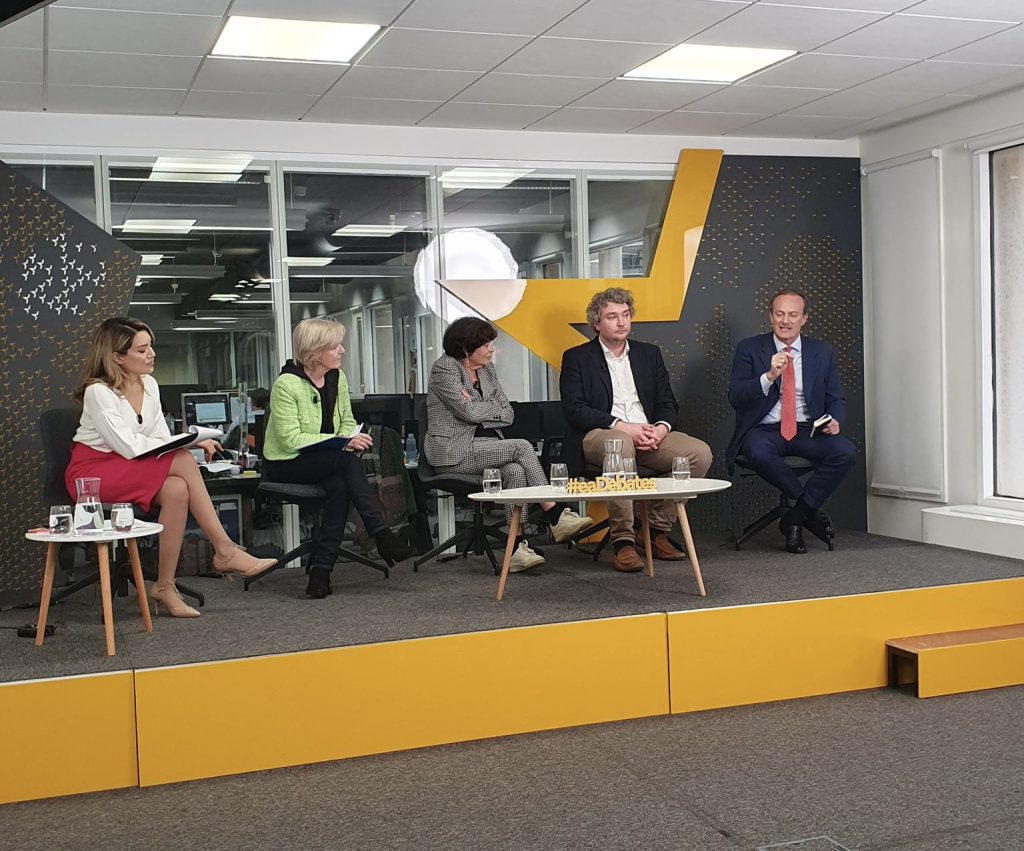 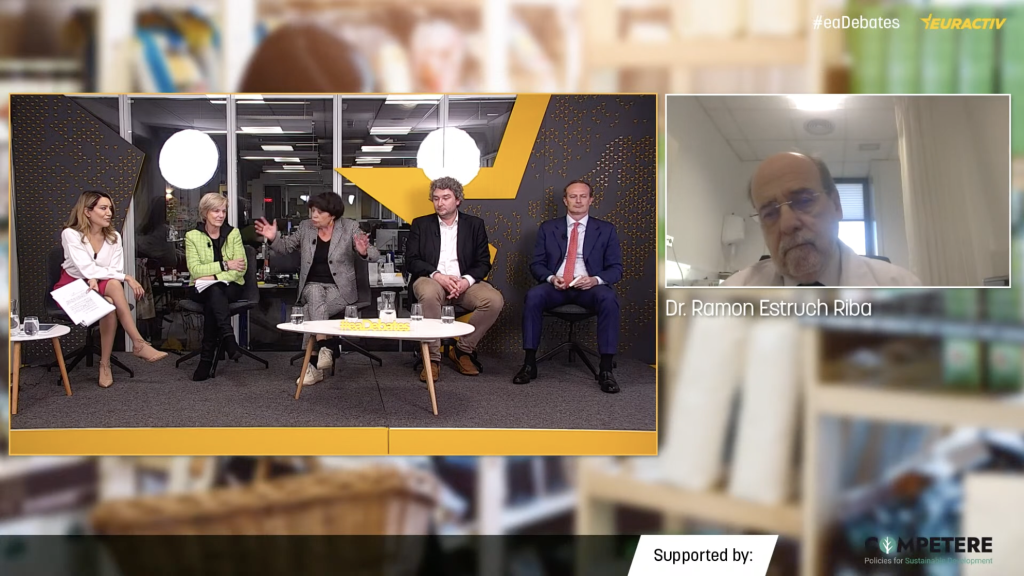 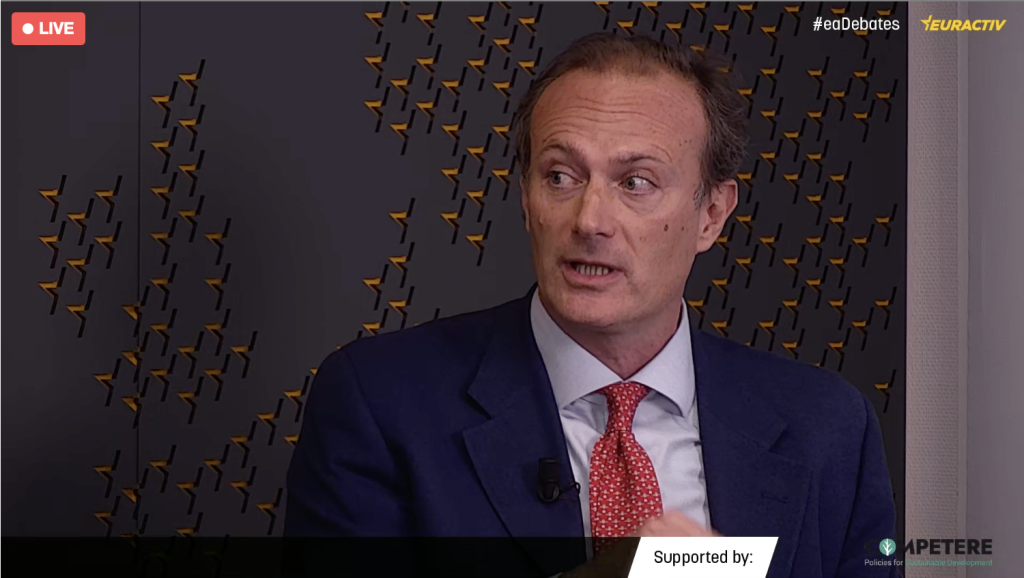