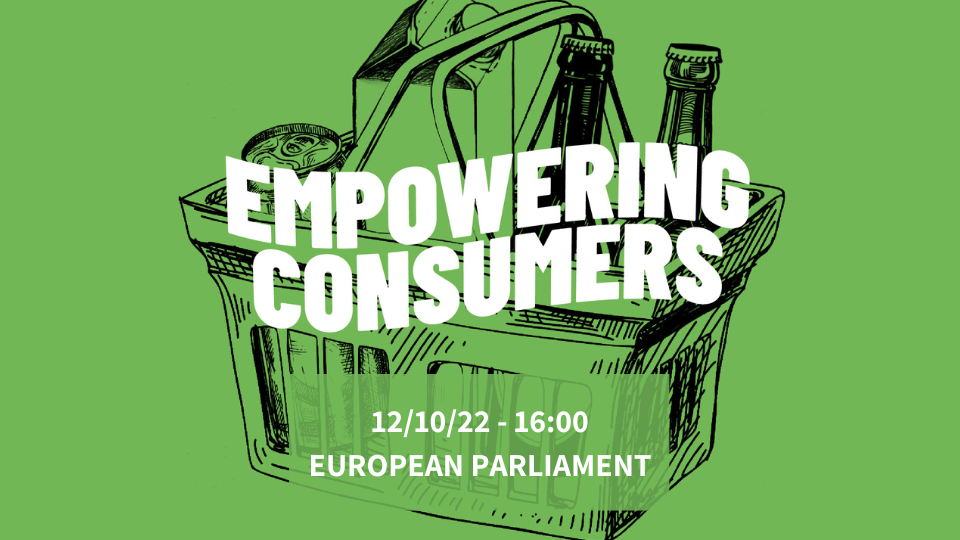 The European Commission is reviewing regulation 1169/11 to adopt a mandatory front-of-pack nutritional label by the end of 2022, as part of the broader Farm to Fork Strategy.

On October 12th, more than 200 people joined a high-level panel of distinguished scientists and analysts to discussed the reform of the front-of-pack nutritional label.

FoP labels are important tools because they can either determine or condition consumers’ behaviour and freedom of choice. They can direct or empower consumers. Behind FoP there’s a philosophical interpretation of the roles the State and citizens play.
The roundtable helped participants understanding the science (nutrition, economics, philosophy) behind the FoP reform. Particularly it provided an in-depth analysis on the following topics:
.

The roundtable was hosted by MEP Jordi Canas and co-organized by Competere, Renew Europe and Ciudadanos.

If you missed the event, download the slides some of the presenters used and watch the full video of the event.

At this link, find the remarks by Christina Papanikolaou. 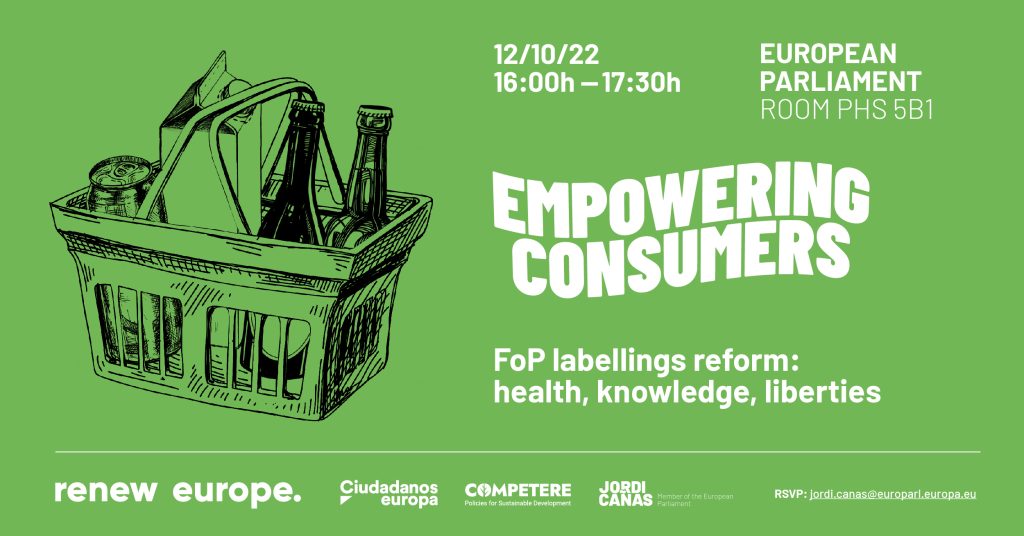 Mădălina Bălău is a passionate researcher in consumer behavior, sustainable consumption, symbolic consumption, individual choice modeling, business and marketing strategies. In some of her articles she explores the limits of consumers’ empowerment, of freedom of choice and rationality. She obtained the title of doctor in Marketing in 2015 at the Doctoral School of Economics and Business Administration of the Faculty of Economics and Business Administration – “Al. I. Cuza”, Iași, Romania, with the doctoral thesis entitled “Motivational determinants in the modeling of the decision to purchase passenger cars in Romania”. She is Lecturer at Danubius University of Galați, Romania, Faculty of Economic Sciences and Business Administration and she is member of the Scientific Committee of the Research Centre on Socio-Economic Dynamics in Sustainable Development (DiSEDD) of the Danubius University of Galaţi.

Ramon Estruch is Senior Consultant of the Internal Medicine Department of the Hospital Clinic (Barcelona), Professor of the Faculty of Medicine at the University of Barcelona, and Director of the Research Group on Nutrition, Cardiovascular Diseases and Aging of IDIBAPS (Institut d’ Investigació August Pi i Sunyer ) at Barcelona. He has published more than 600 papers in high-impact journals and in the years 2018, 2019, 2020 and 2021 has been named one of the most influential scientists in the world (“Highly Cited Researcher” by Claryvate Analytics). His “H” index is 98.

Horst Heitz is Head of Office of the Taxpayers Association of Europe (TAE). In 2019 he was already appointed Deputy Secretary General and Special Envoy for SMEs for TAE. He joined the SME Connect (SMEC) Steering Committee in 2017 as a representative of SME Europe (SMEE) and the European Economic Senate (EES). In 2015 he was appointed as EES Senator and Horst Heitz became Executive Director of SMEE in 2012.

Pietro Paganini is an economic and (geo)political analyst and disseminator, and the Chair and Founder at Competere. Pietro serves as Adjunct Professor in Business Administration at Fox School of Business – Temple University of Philadelphia (2015), and as Adjunct Professor in Business Administration at John Cabot University, Rome (2008). He served as Visiting Professor for the MPOB-UKM Endowment Chair, The National University of Malaysia (UKM) (2021). He served as General Director of Fondazione Luigi Einaudi. He is the founder of the Italian Institute for Privacy – Istituto Italiano per la Privacy e la Valorizzazione dei Dati – where he seats in the Board. He is a regular contributor to the Italian national newspapers and international publications and media, in which he has continuously advocated for an open society and innovation policies. He is regularly hosted in TV and radio talk shows on main Italian and international broadcasters.

Véronique Willems is secretary general of SMEUnited (formerly known as UEAPME), the organisation that represents the Crafts and SMEs in Europe. Previously, Willems was head of European affairs at UNIZO, an SMEunited Belgian member organisation, where she was responsible for advocacy on policies affecting SMEs at the EU-level. She started her career over there first as a policy officer in charge of education, training and SME counselling and was then in charge of counselling and mentoring SMEs and advocacy at the regional level in the regional office (Vlaams-Brabant & Brussel). In January 2016, Willems was nominated deputy to the SME-representative for Belgium at the European Economic and Social Committee. She holds a law degree from Vrije Universiteit Brussel as well as a master’s degree in commercial sciences and business management from VLEKHO Brussel.

Do you want to know more on Empowering Consumers? Click here!